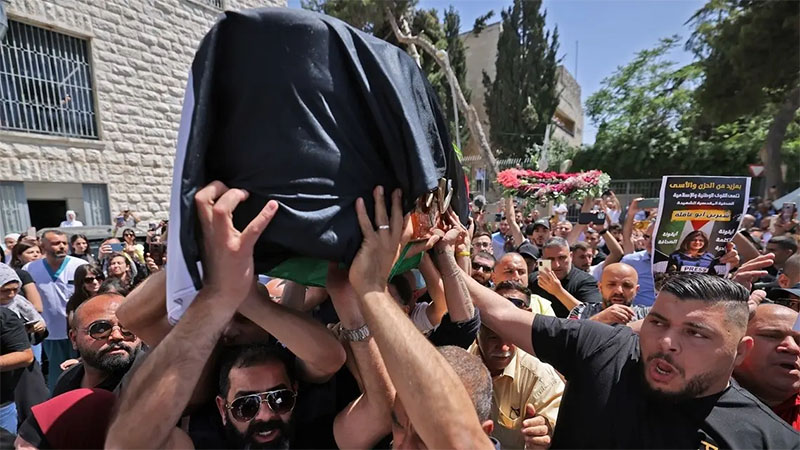 Violence erupted at a Jerusalem hospital Friday as the coffin containing the body of a slain journalist emerged ahead of burial, with Israeli police seeking to disperse Palestinian mourners, according to AFP reporters and TV images.

An AFP reporter separately saw Israeli forces enter the grounds of St Joseph’s hospital in Israeli-annexed east Jerusalem. There was no immediate comment from Israeli police on the incident.