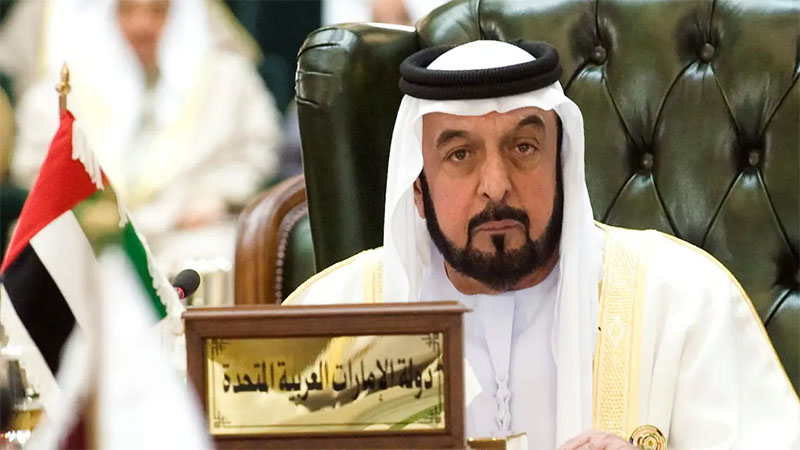 The Ministry of Presidential Affairs declared official national mourning for the death of the president for 40 days from Friday. Flags will fly at half mast during this period.

Work in both public and private sectors will be suspended for three days, also from Friday, a Dubai Media Office report clarified.

Under the constitution, vice-president and premier Sheikh Mohammed bin Rashid Al Maktoum, ruler of Dubai, will act as president until the federal council which groups the rulers of the seven emirates meets within 30 days to elect a new president, Reuters reported.

Abu Dhabi Crown Prince Sheikh Mohamed bin Zayed offered condolences in a tweet saying that “The UAE lost its righteous son, the leader of the ‘empowerment stage’ and the trustee of its blessed journey.”

More tributes are pouring in.

Sheikh Khalifa, late Ruler of Abu Dhabi, was elected as the President of the United Arab Emirates on November 3, 2004, to succeed his father, the late Sheikh Zayed bin Sultan Al Nahyan, UAE President from 1971 to 2004.