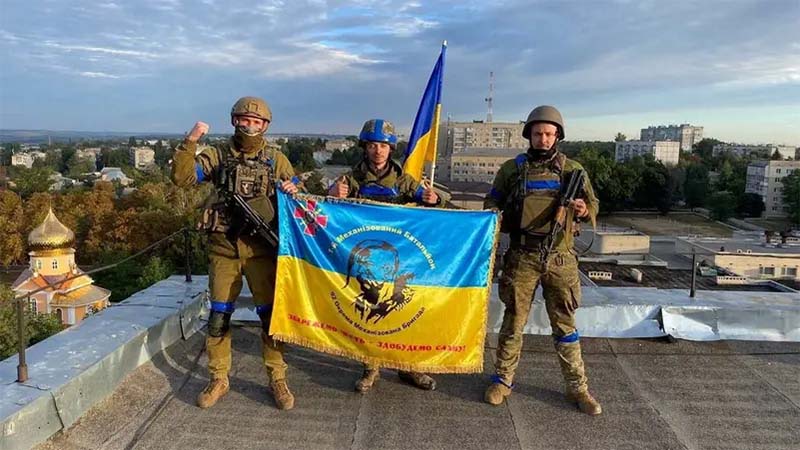 Ukraine has retaken more than 3,000 square kilometers of territory since the beginning of September, its army chief said on Sunday.

President Zelenskyy said in an evening address on Saturday that ‘around 2,000 kilometers’ had been taken from Russian forces.

“For the moment, since the beginning of September, around 2,000 kilometers has been liberated,” said Zelenskyy in his evening address.

“These last days, the Russian army has shown us its best (side) — its back,” Zelenskyy added. “After all, it’s a good choice for them to flee.

“There is no place in Ukraine for the occupiers. There never will be.”

Ukraine’s army announced a counter-offensive at the beginning of the month before making a dramatic break through Russian lines in the northeast this week, in the Kharkiv region.

Appeal to start in French court over Charlie Hebdo attack