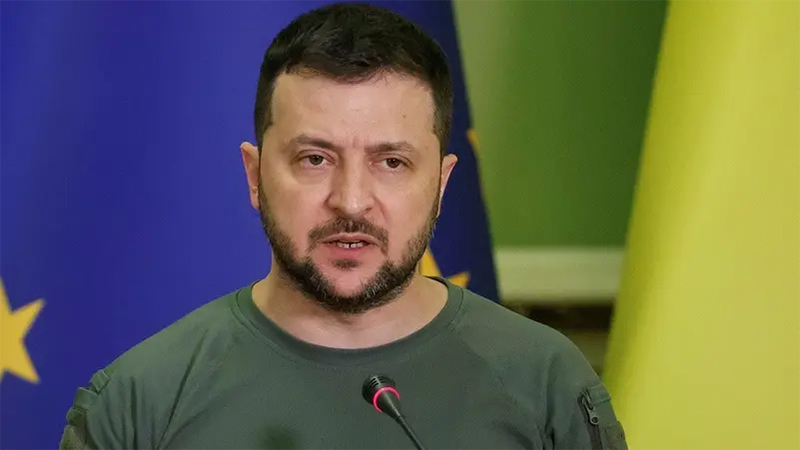 In the wake of blasts that wrecked a Russian air base in Crimea on Tuesday, the New York Times and Washington Post newspapers cited unidentified officials as saying Ukrainian forces were responsible. The government in Kyiv, on the other hand, declined to say whether it had been behind the explosions.

“War is definitely not the time for vanity and loud statements. The fewer details you divulge about our defense plans, the better it will be for the implementation of those defense plans,” Zelenskyy said in an evening address.

“If you want to generate loud headlines, that’s one thing – it’s frankly irresponsible. If you want victory for Ukraine, that is another thing, and you should be aware of your responsibility for every word you say about our state’s plans for defense or counterattacks.”

Separately, Deputy Defense Minister Hanna Malyar said security services had opened a probe into one of the cases where officials had talked to newspapers.

“A leak like this disrupts the plans of the Ukrainian armed forces since the enemy adjusts its actions and uses this information against us,” she wrote on Facebook.

Pictures released by a satellite firm showed three near-identical craters where buildings at the Russian air base had been struck. The burnt-out husks of at least eight destroyed warplanes were visible.

Zelenskyy addressed his remarks to state, local and military officials as well as other people he said were commenting on events at the front.

Last month, he sidelined an old friend as head of the security service and another ally as top prosecutor in Kyiv’s biggest internal wartime purge, citing their failure to root out Russian spies.

Related Topics:CrimeaEuropeKyivRussiaUkraineVolodymyr Zelenskyy
Up Next