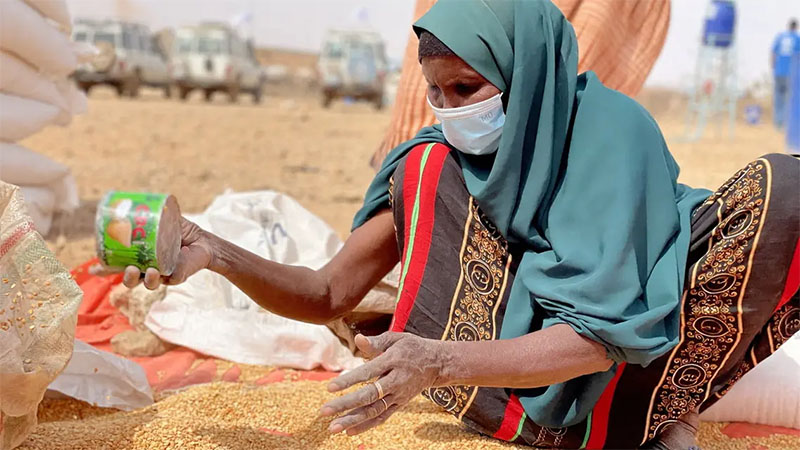 The World Bank on Friday agreed to provide $715 million in grants and loans to Ethiopia, which has been ravaged by drought and a devastating conflict, the country’s government said.

Several international partners have suspended aid since the outbreak of conflict between the federal government and rebels in the Tigray region in November 2020, which has become a humanitarian crisis.

In a statement the Ethiopian Ministry of Finance announced the signing of a “financing agreement” with the World Bank.

These funds “will be used to finance the improvement of the resilience of food systems and food insecurity preparedness”, the ministry said.

The agreement is then set to provide grant funding of $115 million for a Horn of Africa pastoral economies project.

This will “enable the region to adapt to the impacts of climate change, commercialize livestock production in pastoralist communities, and ensure inclusion of the marginalized and vulnerable groups such as women in the sector,” the ministry said.

Some observers noted a link between the funding and the Ethiopian government’s recent announcement of a “humanitarian truce”, which had been called for by Washington.

In April, the World Bank gave Ethiopia a $300 million grant to help communities affected by the conflict.

Related Topics:AfricaEthiopiaThe World Bank
Up Next