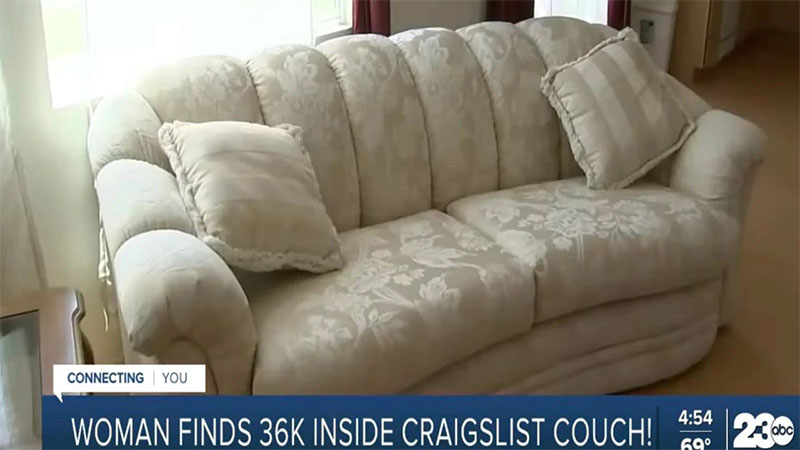 A woman who received a couch from a stranger online for free made was shocked to make the discovery of a lifetime inside it.

Vicky Umodu, from California, found a whopping $US 36,000 in cash tucked away in the bottom of the second-hand couch.

She said she was looking through Craigslist to purchase furniture for her new home when she found some a lounge suite that someone was giving away for free, New York Post reports.

The woman later learned the family was giving away the furniture due to the recent passing of a loved one.

“I just moved in, and I don’t have anything in my house. I was so excited, so we picked it up and brought it in,” she said.

However, after moving the pieces into her home, Vicky noticed something hard inside one of the couch cushions. Opening the cover, she was shocked to find $US 36,000 in cash.

The California woman immediately notified the family and returned the money to them.

The family said they were not sure why so much cash was in the couch and said they later discovered hundreds of dollars stashed away in their home.