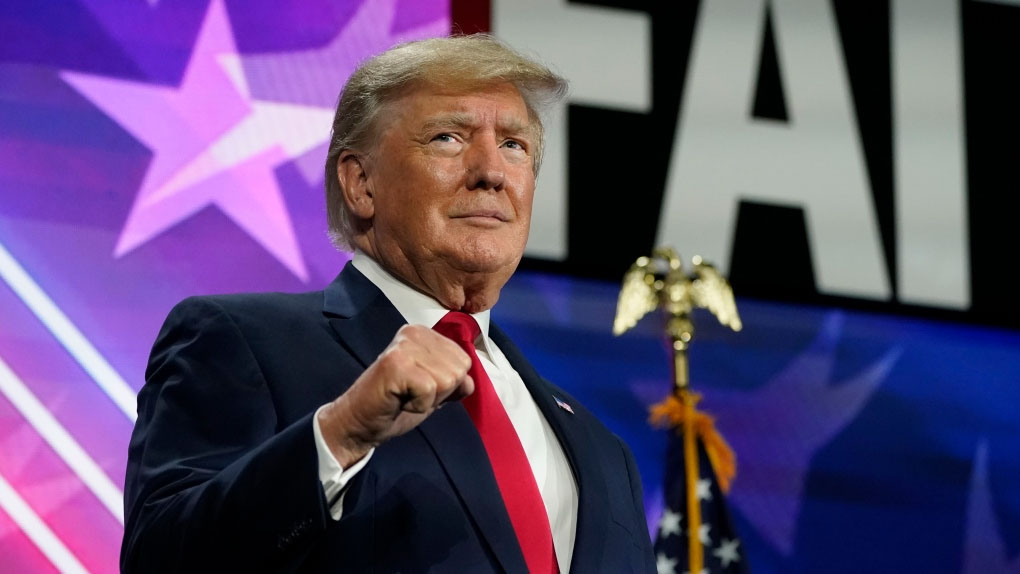 NEW YORK – The U.S. congressional committee probing the Jan. 6, 2021, assault on the U.S. Capitol has sought in hearings this month to build a case that then-U.S. President Donald Trump’s efforts to overturn his 2020 electoral defeat amounted to illegal conduct.

Trump said in a June 14 statement that the committee was “lying to the nation,” conducting a “sham investigation.” What charges might prosecutors bring against Trump and how might he defend himself?

Here are some ideas being floated right now:

In a March 2 court filing, the committee detailed Trump’s efforts to persuade then-Vice President Mike Pence to either reject slates of electors for Joe Biden, who won the election, or delay a congressional count of those votes. Read full story

The president’s efforts likely violated a federal law making it illegal to “corruptly” obstruct any official proceeding, or attempt to do so, said Andrew Carter, the California federal judge overseeing the case.

“The pressure on Pence alone is enough” for prosecutors to prove Trump obstructed the proceeding, said Barbara McQuade, a law professor at the University of Michigan and a former federal prosecutor.

CONSPIRACY TO DEFRAUD THE UNITED STATES

The committee submitted the court filing as part of its effort to force Trump adviser John Eastman to hand over documents.

The filing said it was likely that Trump and others conspired to defraud the United States, which criminalizes any effort by two or more people to interfere with governmental functions “by deceit, craft or trickery.”

In addition to Trump’s efforts to pressure Pence, the committee cited his attempts to convince state election officials, the public and members of Congress that the 2020 election was stolen, even though several of his allies told him there was no evidence of fraud.

Trump has repeatedly denied doing anything illegal in connection with the Jan. 6 events.

If the Justice Department brings charges, prosecutors’ main challenge will be proving that Trump acted with corrupt intent, experts said.

Trump could argue he sincerely believed that he won the election and that his well-documented efforts to pressure Pence and state election officials were not meant to obstruct Congress or defraud the United States, but to protect the election’s integrity.

“It’s not whether a reasonable person would believe it, it’s did this person intend it, did this person know it,” said Daniel Medwed, a law professor at Northeastern University in Boston. “It’s like an escape hatch for the naïve and the deluded.”

Spokespeople for Trump did not respond to a request for comment.

DOES ALL THIS MEAN TRUMP WILL BE CRIMINALLY CHARGED?

No. Neither Carter nor the committee can charge Trump with federal crimes. That decision must be made by the Justice Department, led by Attorney General Merrick Garland.

The department is conducting its own sprawling investigation of the Jan. 6 events, but has not signaled whether it intends to indict Trump, a decision that could have enormous political consequences as Trump weighs another run for the presidency in 2024. The department did not respond to a request for comment.

ARE ANY OTHER CHARGES POSSIBLE?

While not mentioned in the committee’s court filing, experts said there may be evidence to prove that Trump committed wire fraud or seditious conspiracy.

Democrats said in a hearing last week that the Republican Trump raised some US$250 million from supporters to advance fraudulent claims in court that he won the election, but steered much of the money elsewhere. This raises the possibility that he could be charged for wire fraud, which prohibits obtaining money on “false or fraudulent pretenses,” legal experts said.

Prosecutors have charged more than a dozen members of the far-right Proud Boys and Oath Keepers groups who were among the thousands of Trump supporters to storm the Capitol on Jan. 6, with seditious conspiracy, a rarely used statute that makes it illegal to overthrow the U.S. government by force. Read full story

It would be challenging for prosecutors to tie Trump to the physical force used by some supporters, McQuade said.