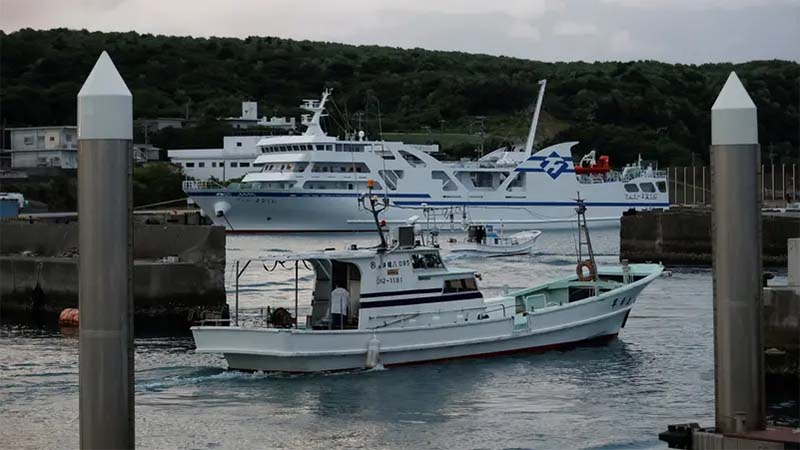 Typhoon Muifa approached Japan’s southern islands on Sunday, prompting officials to issue a warning for locals to seek shelter from the “violent waves and winds” before it made landfall.

According to Japan Meteorological Agency, Muifa is expected to maintain its strength and hit Ishigaki island, near Taiwan, on Monday before heading north toward Shanghai and its surrounding areas.

As of Sunday afternoon, the typhoon was located 180 kilometers (110 miles) south of Ishigaki, packing gusts up to 216 kilometers per hour as it moves northwest, the agency said.

“Very strong Typhoon Muifa is expected to draw very close to (to the region surrounding Ishigaki) on Monday. Violent waves and wind are expected in the region through Tuesday,” the agency said.

While the speed of the typhoon could slow down, “the area may remain under its effects for a long time,” it added.

The government of Okinawa — a prefecture comprising Japan’s more than 150 southern islands — requested for the elderly on Ishigaki and other area islands to seek shelter before the typhoon reach the region.

“I would like to ask everyone to be vigilant against violent winds, heavy rains… and take action to protect lives as a top priority,” Okinawa governor Denny Tamaki said Sunday.

Related Topics:AsiaJapanTyphoon Muifa
Up Next