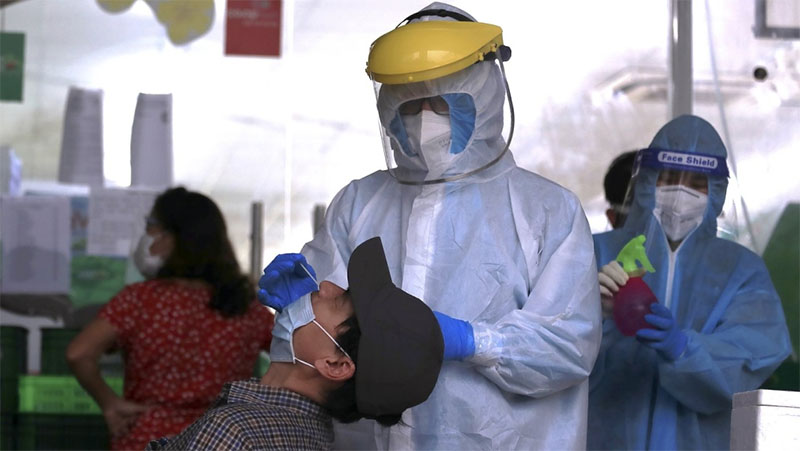 HANOI, VIETNAM – Vietnam’s health minister and the mayor of the capital Hanoi have been arrested as part of an expanding investigation into massive price gouging of COVID-19 tests, state media reported.

Nguyen Thanh Long was dismissed from his ministry post and Chu Ngoc Anh, who previously was the science minister, was fired as Hanoi mayor, Tuoi Tre online news outlet reported Tuesday. They are being investigated for abuse of power, according to the Ministry of Public Security, and have been expelled from the ruling Communist Party.

An investigation concluded earlier that mismanagement in the science and health ministries had allowed Viet A Technology Corporation to inflate prices for test kits supplied to hospitals and health centres in Vietnam.

Nearly 60 suspects including ministry officials, public health leaders and military generals have been detained or are being investigated for involvement in the price gouging, according to the Ministry of Public Security.

The report said the two officials’ violations had harmed Vietnam’s response to the COVID-19 pandemic and were costly to the state budget.

Viet A took in US$172 million for supplying its test kits in 62 localities. Its general director was arrested in December and allegedly admitted his Ho Chi Minh City-based company had inflated the selling price of a test kit to about $20, or 45% more than the original, to earn a difference of $21.5 million.

Phan Quoc Viet allegedly confessed to investigators that he paid illegal kickbacks worth $34 million to his state-owned partners who bought his test kits at the inflated prices.

Japan to open to tourists after two years but only with masks, guides