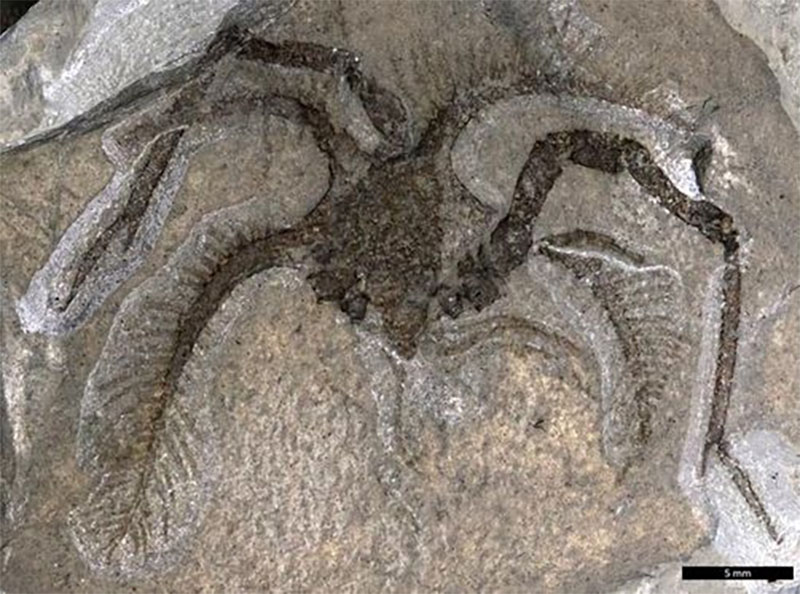 TORONTO – One of the oldest fossils of a marine animal was recently uncovered right here in Canada.

In a paper published in the Journal of Paleontology on March 24, paleontologists announced the discovery of a rare and well-preserved fossil of a Tomlinsonus dimitrii, an ancient arthropod species that lived approximately 450 million years ago during the Ordovician period.

The fossil was found in Brechin, Ont., located on the northeastern shore of Lake Simcoe. The ancient creature is approximately the size of a human index finger and is part of the marrellomorph group of arthropods. The name of this species was inspired by the Tomlinson Group, a construction company that was conducting excavations when the fossil was discovered.

The creature would have lived on the sea floor in shallow oceans, which covered most of Ontario at the time. The sea floor would be regularly blanketed in storms, allowing sediments to bury and preserve the organisms living there.

“We called it Paleo Pompeii,” said co-author George Kampouris in the news release. “Brechin has produced world-class fossils for over 100 years, but our work here has revealed the role of catastrophic storm events in the burial and preservation of entire animal communities in their final moments.”

Usually, only the hard parts of an organism, such as the shells and bones, tend to become fossilized. However, the discovery in Brechin was unique in that the Tomlinsonus was entirely soft-bodied and would normally not have been preserved.

“Finding soft tissue preservation … was a huge surprise, as it’s not been seen in deposits representing the shallow reefs that occupied widespread open waters across eastern North America during the Ordovician period, and is very rare in general,” co-author said Jean-Bernard Caron said in the news release. “The finding of entirely soft-bodied species like Tomlinsonus allows a much better understanding of the diversity of life that really existed at that time.”

The Tomlinsonus fossil is on display at the Royal Ontario Museum’s Willner Madge Gallery, Dawn of Life exhibition in Toronto. The researchers say the discovery bridges in important knowledge gap in the evolution of these arthropods.

“Marrellomorphs are really scarce in the fossil record, so this new discovery is a big advance in understanding the evolution, paleobiology and distribution of this group” co-author Alejandro Izquierdo Lopez said in the news release.