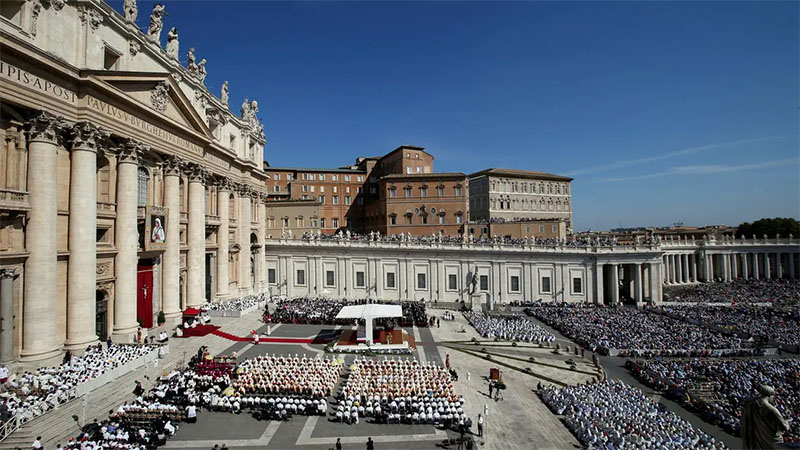 The Vatican newspaper is starting a new monthly edition dedicated to the poor and people on the margins, aimed at not only telling their stories but involving them in the paper’s production and distribution, the Vatican said Friday.

The first edition of L’Osservatore di Strada (The Street Observer), a riff on the name of the official Vatican daily L’Osservatore Romano, comes out June 29, a special Roman feast day dedicated to Saints Peter and Paul.

Going forward, the Vatican plans to distribute the publication on the first Sunday of the month following Pope Francis’ noon blessing in and around St. Peter’s Square, handed out by guests of a nearby homeless shelter run by a Catholic charity. Donations of any amount would be welcome, the Vatican’s communications office said in a statement.

The initiative is tangible evidence of Francis’ push to give voice and value to the experiences of often-discounted groups such as the poor, homeless people and migrants and of the volunteer organizations that help them. The aim is to involve them in writing and illustrating their own stories, with poetry, photographs or other talents, and to provide them with resources to do so, if need be.

“The Osservatore di Strada won’t be just a newspaper of the poor and for the poor, it wants to be above all a newspaper with the poor,” the Vatican statement said.

The first edition features a design by the street artist Maupal, whose graffiti art of Francis as “Super Pope” and subsequent iterations has graced buildings around the Vatican for years.