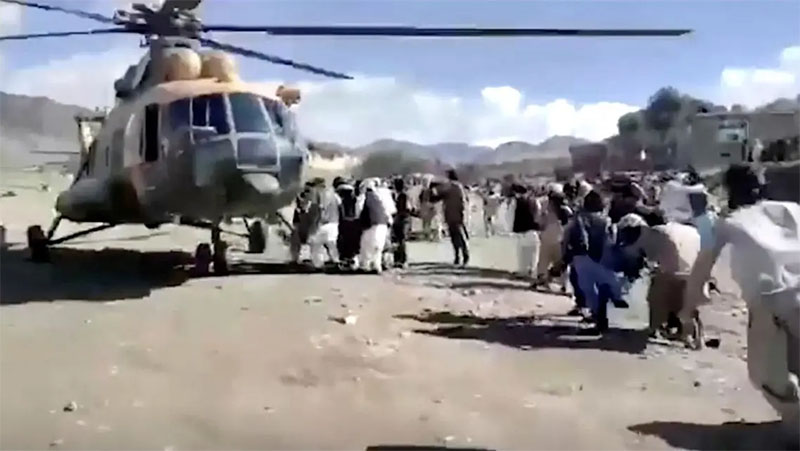 The United States on Wednesday expressed sorrow over a devastating earthquake in Afghanistan and said it would look for ways to help, including through potential talks with Taliban rulers.

“The United States is deeply saddened to see the devastating earthquake that took the lives of at least 1,000 people in Afghanistan,” said Jake Sullivan, President Joe Biden’s national security advisor.

“President Biden is monitoring developments and has directed USAID and other federal government partners to assess US response options to help those most affected,” he said, referring to the US Agency for International Development.

Secretary of State Antony Blinken said that the United States was in touch with humanitarian groups active in Afghanistan that receive support from Washington.

“US humanitarian partners are already responding, including by sending medical teams to help people affected, and we are assessing other response options,” Blinken said in a statement.

The earthquake comes nearly a year after Biden ended the two-decade US military involvement in Afghanistan, with Taliban insurgents quickly taking over the country.

The United States has engaged in talks but refused to recognize the Taliban government, saying it wants to see progress on key US priorities including the treatment of women.

State Department Spokesman Ned Price said that the United States was open to discussion with the Taliban but was unaware of any immediate requests by the de facto government.

“I imagine the humanitarian response to the earthquake will be a topic of conversation between US officials and Taliban officials in the coming days,” Price told reporters.

The 5.9-magnitude quake struck a remote, rugged section of eastern Afghanistan, one of the world’s poorest countries.