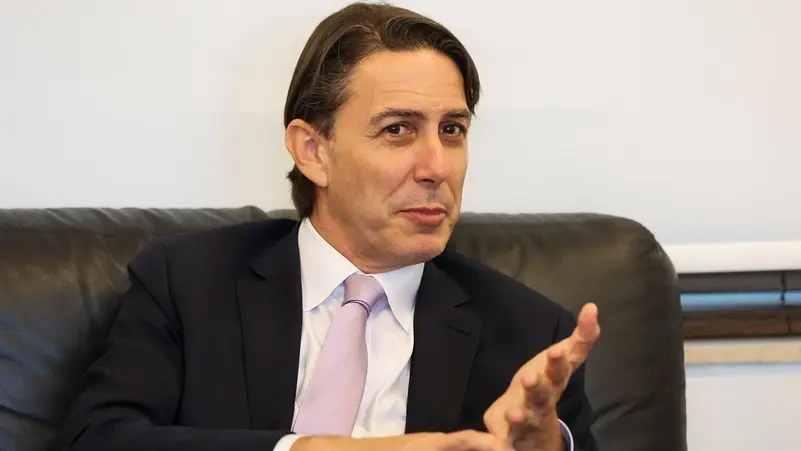 US envoy Amos Hochstein arrived in Beirut Sunday to push talks to resolve a bitter maritime border dispute between Lebanon and Israel over Mediterranean waters with offshore gas fields.

“Reaching a resolution is both necessary and possible, but can only be done through negotiations and diplomacy,” the US State Department said in a statement ahead of Hochstein’s visit.

Washington’s envoy for global infrastructure and investment is “facilitating negotiations between Lebanon and Israel on the maritime boundary”, the statement added.

The maritime border dispute between Lebanon and Israel escalated in early June, after Israel moved a production vessel to the Karish offshore field, which is partly claimed by Lebanon.

The move prompted Beirut to call for the resumption of US-mediated negotiations on the demarcation dispute.

Lebanon and Israel have no diplomatic relations and are separated by a UN-patrolled border.

They had resumed maritime border negotiations in 2020 but the process was stalled by Beirut’s claim that the map used by the United Nations in the talks needed modifying.

Israel claims that the field lies in its waters and is not part of the disputed area subject to ongoing negotiations.

On July 2, Israel said it had downed three drones launched by Lebanon’s Iran-backed Hezbollah that were headed towards the gas field.

The powerful Shiite Muslim movement on Sunday released a short video it said showed surveillance of several Israeli-chartered energy infrastructure ships, including the production vessel sent to Karish which is operated by London-listed firm Energean.

Iran-backed Hezbollah’s chief Hassan Nasrallah earlier this month warned that if Lebanon was prevented from extracting oil and gas from its waters, “nobody” would be able to do so, adding that Israeli offshore fields were “under threat” from the group’s missiles.

Israel and Hezbollah last fought a devastating war in 2006.