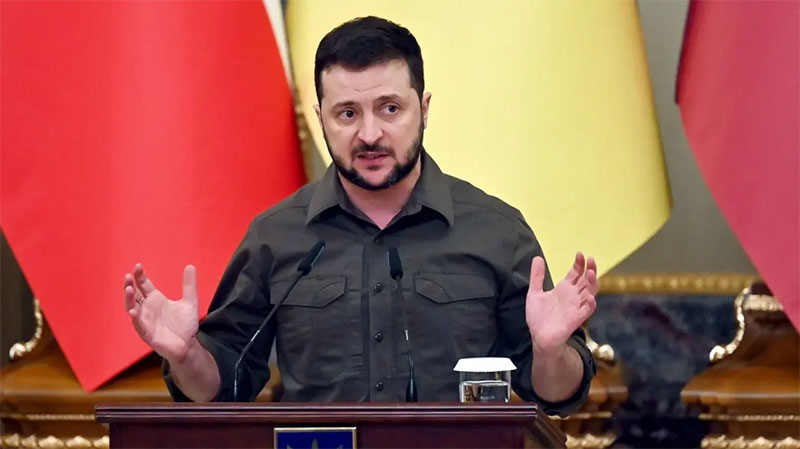 Ukraine’s President Volodymyr Zelenskyy on Wednesday said on Twitter that his Indonesian counterpart had invited him to attend the summit of Group of 20 (G20) major economies to be held in the Southeast Asian country later this year.

“Had talks with President @jokowi… Appreciate inviting me to the @g20org summit,” he said in a tweet, referring to Indonesia President Joko Widodo, the current G20 chair, by his nickname.

Indonesia’s presidential palace and the state secretary’s office did not immediately respond to requests for comment.

Ukraine is not a member of the G20, but the chairs of the grouping have previously invited countries as guests to join meetings.

Indonesian foreign ministry spokesperson Teuku Faizasyah did not immediately confirm Zelenskyy’s invitation when contacted by Reuters but said the foreign minister had been “in consultations” and reported the results to Jokowi.

He did not specify who the consultations were with.

The G20 has condemned Russia’s invasion of Ukraine, which, now in its ninth week, has raised geopolitical tensions, sent shockwaves through the global economy, and sparked a humanitarian crisis.

Russia calls its actions in Ukraine “a special operation.”

Several G20 members have called for Russia and its President Vladimir Putin to be excluded from the leaders’ summit in Bali in November, but Indonesia has demurred, saying it is too early to decide.

At a meeting of G20 finance officials in Washington last week, delegates from the United States, Britain and Canada walked out on Russia’s delegates.