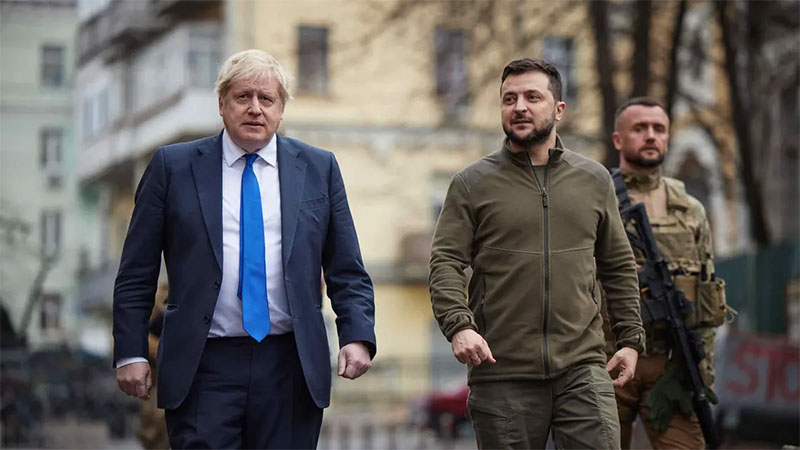 British Prime Minister Boris Johnson offered to launch a major training operation for Ukrainian forces on Friday as he met President Volodymyr Zelenskyy in Kyiv on his second trip to the Ukrainian capital since Russia’s invasion.

Johnson, who Zelenskiy described as a “great friend”, posted a picture of himself with the Ukrainian president, with the words “Mr President, Volodymyr, It is good to be in Kyiv again.”

The meeting was shrouded in secrecy due to security concerns and is Johnson’s latest show of support for Zelenskyy since Russia invaded Ukraine in February.

The two leaders discussed supplies of weapons and air defenses as well as further economic support for Ukraine and ramping up sanctions pressure on Russia, Zelenskyy’s chief of staff Andriy Yermark said.

“Many days of this war have proved that Great Britain’s support for Ukraine is firm and resolute. Glad to see our country’s great friend Boris Johnson in Kyiv again,” Zelenskyy said.

Johnson offered to launch a major training operation for Ukrainian forces, with the potential to train up to 10,000 soldiers every 120 days at the meeting, his office said.

“My visit today, in the depths of this war, is to send a clear and simple message to the Ukrainian people: the UK is with you, and we will be with you until you ultimately prevail,” Johnson said.