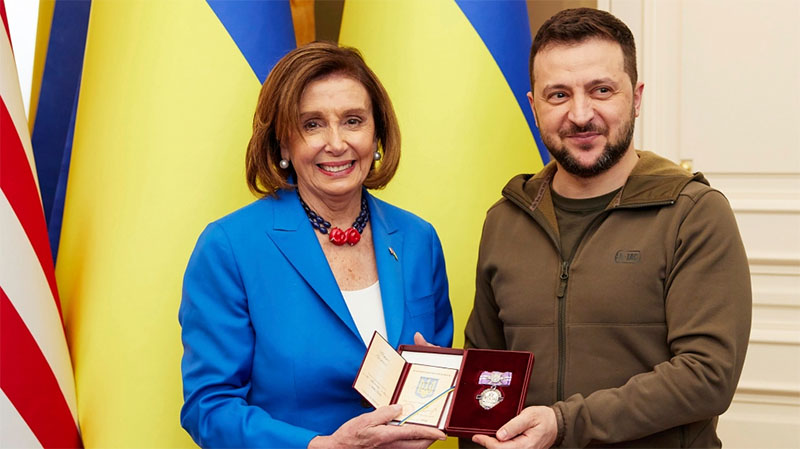 ZAPORIZHZHIA, UKRAINE – The United Nations has confirmed that an operation to evacuate people from a steel plant in the bombed-out Ukrainian city of Mariupol is underway.

UN humanitarian spokesman Saviano Abreu told The Associated Press on Sunday that the effort to bring people out of sprawling Azovstal steel plant was being done in collaboration with the International Committee for the Red Cross and in coordination with Ukrainian and Russian officials.

He called the situation “very complex” and would not give further details.

Up to 1,000 civilians are believed to be hunkered down with an estimated 2,000 Ukrainian fighters beneath the Soviet-era steel plant that is the only part of the city not occupied by the Russians.

Pelosi, a California Democrat who is second in line to succeed the president, is the most senior American lawmaker to travel to Ukraine since Russia invaded Ukraine on Feb. 24. Her Saturday visit came just days after Russia launched rockets at the capital during a visit by UN Secretary-General Antonio Guterres.

During a Sunday news conference in the Polish city of Rzeszow, Pelosi said she and other members of a U.S. congressional delegation met with Ukrainian President Volodymyr Zelenskyy in Ukraine’s capital, Kyiv, for three hours and brought him “a message of appreciation from the American people for his leadership.”