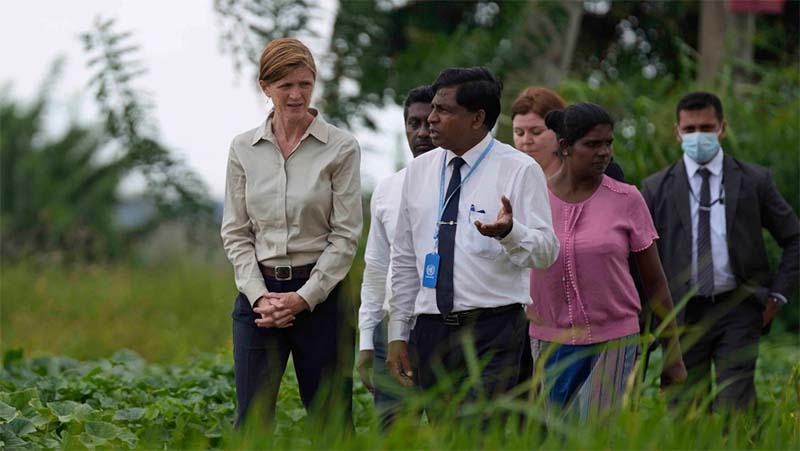 COLOMBO, SRI LANKA – The United States on Saturday announced US$40 million in aid to buy fertilizer and other key agricultural inputs in time for the next cultivation season in crisis-hit Sri Lanka.

USAID Administrator Samantha Power, who is visiting Sri Lanka, made the announcement after she met farmer representatives in Ja-Ela outside the capital, Colombo. She said the money will be in addition to the US$6 million announced earlier to assist low-income farmers.

Sri Lanka is facing its worst economic crisis and acute shortages of essentials like food, fuel and medicines because of a lack of foreign currency to pay for the imports. Agricultural yields dropped by more than half for the past two cultivation seasons because authorities had banned the imports of chemical fertilizers ostensibly to promote organic farming.

“The farmers that I just met with described enormous challenges that the economic crisis has placed on them and their families and the whole community. They described phenomena that were unimaginable two, three years ago,” Power told reporters.

She said that according to the World Food Program, more than 6 million people — nearly 30% of Sri Lanka’s population — are currently facing food insecurity and require humanitarian assistance.

Power said the money will help 1 million farmers in time for the next season starting soon.

Sri Lanka has reached a preliminary agreement with the International Monetary Fund for a US$2.9 billion aid package over four years. However, the program hinges on debt restructuring assurances from creditors after the country announced that it is suspending repayment of its foreign loans.

Sri Lanka’s total foreign debt amounts to more than US$ 51 billion of which US$28 billion must be repaid by 2027.