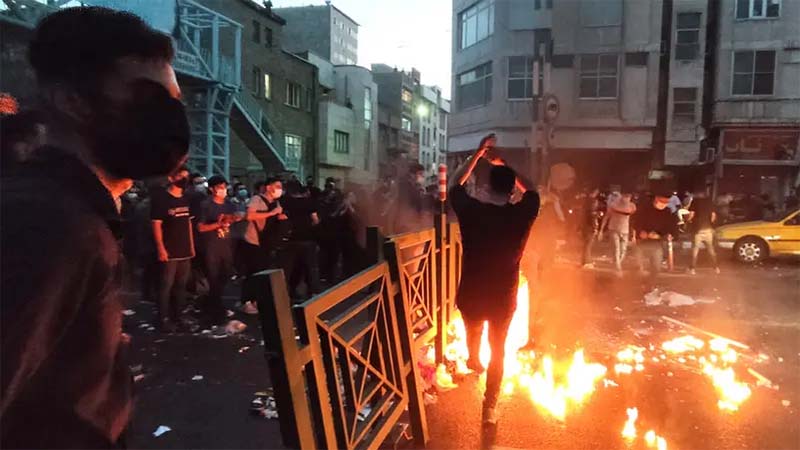 Two members of Iran’s security forces were killed amid protests over the death of Mahsa Amini, state media reported on Sunday.

A wave of unrest has rocked Iran since the 22-year-old Kurdish woman died on September 16 after her arrest by the morality police in Tehran for allegedly violating the Islamic republic’s strict dress code for women.

The street violence has led to dozens of deaths, mostly of protesters but also members of the security forces.

A member of the Basij force was killed Saturday night “after suffering a serious head injury following an armed attack by a mob” in the south of the capital, state news agency IRNA said.

The Basij is a paramilitary militia linked to the Islamic Revolutionary Guards Corps, the ideological arm of Iran’s military.

The agency added that a Guards member was also killed on Saturday during protests in Sanandaj, the capital of Kurdistan province, from which Amini hailed.

The deaths bring to at least 14 the number of security forces killed during more than three weeks of protests, according to local media.

Fars news agency had said on September 27 that “around 60” people lost their lives during the protests, a figure it has not updated since.

Protests were reported in different cities on Saturday, including Tehran and Sanandaj.

“Police forces used tear gas to disperse the crowds in dozens of locations in Tehran,” IRNA reported, adding that the demonstrators “chanted slogans and set fire to and damaged public property, including a police booth and trash bins.”

Similar protests were held in a number of other cities in the country, with demonstrators hurling Molotov cocktails at mosques, Basij centres and imams’ offices, according to the agency.

US, Europe to raise Iranian drone transfers to Russia at UN