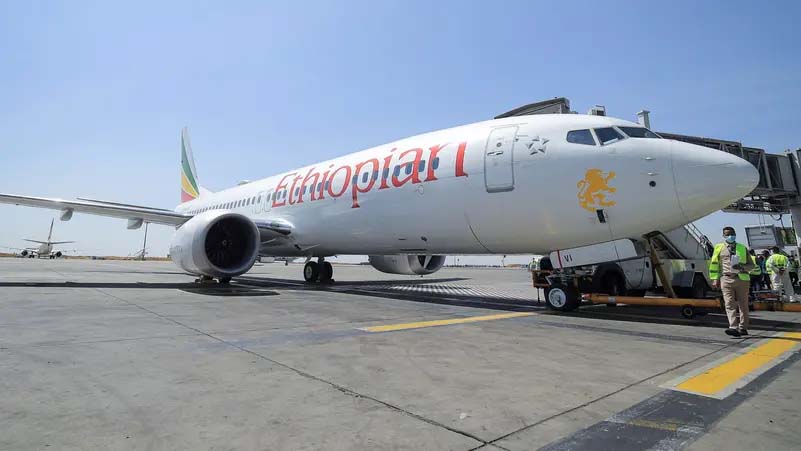 Two pilots who fell asleep while flying an Ethiopian Airlines passenger jet from Sudan to Ethiopia on August 15 have been suspended pending an investigation, state news agency (FANA) reported on Friday.

Both pilots on the flight from Khartoum to Addis Ababa fell asleep with the plane on autopilot at 37,000 feet, missing a scheduled landing, BBC reported citing an aviation publication.

According to BBC, the Boeing 737 with a 154-seat capacity takes less than two hours on its route between the two neighboring countries.

Data from flight tracking website Flight Radar 24 showed that the average flight time for the journey is one hour and 29 minutes, while the flight in question took one hour and 49 minutes.

Ethiopian Airlines pilots were reportedly asleep when they overflew Addis Ababa, their intended destination, at 37,000 feet earlier this week. The flight landed safely at ADD about 25 minutes after first overflying the airport. https://t.co/Qfhvqd4hDB pic.twitter.com/IYxHn3fHyS

According to the Aviation Herald, the air traffic control tried to contact the crew numerous times, without success.

However, as the flight flew over the designated runway, the autopilot disconnected and sounded an alarm which woke both the pilots.

Upon realizing that the plane overshot the runway, the pilots took control and landed the aircraft safely 25 minutes after passing the runway the first time.

“Appropriate corrective action will be taken based on the outcome of the investigation. Safety has always been and will continue to be our first priority,” the airline said in a statement on its website.

In reaction to the incident, an aviation analyst noted that pilot fatigue was nothing new.

“Pilot fatigue is nothing new, and continues to pose one of the most significant threats to air safety – internationally,” Alex Macheras said on Twitter.

He called the incident at Africa’s largest airline “deeply concerning.”

Why hadn’t it started to descend for landing? Both pilots were asleep. https://t.co/cPPMsVHIJD pic.twitter.com/RpnxsdtRBf

Earlier this year in January, pilots at Qatar Airways said the state-owned airline was under-counting their work hours and ignoring complaints of fatigue – a safety breach that hurts staff health and risks passenger lives.

The testimony demonstrates how worker abuse extends even to the Gulf nation’s high-skill industries, as Qatar Airways (QA) tries to minimize crew downtime.

Fatigue is common for commercial airline pilots, according to several studies, and companies usually operate Fatigue Risk Management (FRM) systems to ensure pilots don’t fly too many long-haul flights and get adequate rest at home in between.

The Thomson Reuters Foundation asked Qatar Airways whether it had noted an increase in fatigue or related safety concerns, how it calculated work and rest hours, and whether it was taking steps to make staff more comfortable with reporting fatigue.

A spokesperson said the company was engaging with employees “to ensure that the rest time and rostering needs of our Flight Crew team are strictly balanced with the airline’s operational requirements, especially given the unique challenges facing the global commercial aviation sector.”

The airline added that it was working to put “the most rigorous fatigue risk management program in place.”