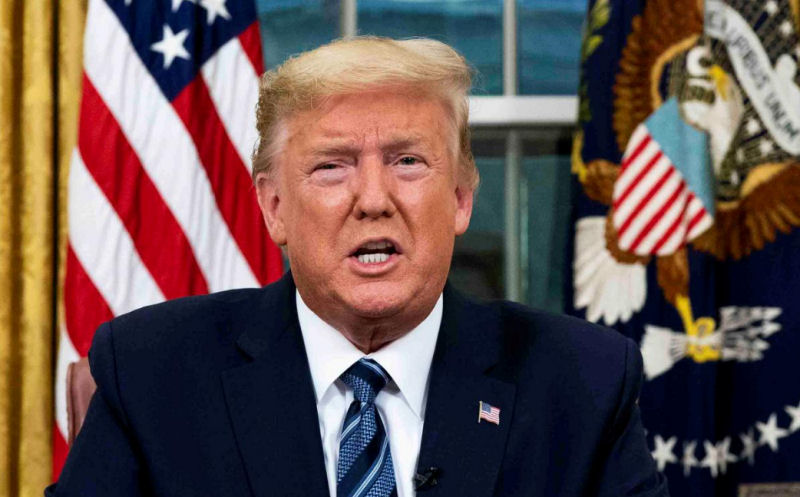 U.S. President Donald Trump on Wednesday applauded steps taken by a handful of Republican-led U.S. states to start reopening their economies despite warnings of a potential fresh surge of coronavirus infections.

About a half dozen, mostly southern U.S. states, including Georgia, South Carolina and Tennessee led by Republican governors, are loosening stay-at-home guidelines, allowing some non-essential businesses to reopen and hoping to revive their state economies.

Trump, a Republican seeking re-election on Nov. 3, gave these states a show of support on Twitter on Wednesday.

“States are safely coming back. Our Country is starting to OPEN FOR BUSINESS again. Special care is, and always will be, given to our beloved seniors (except me!),” wrote Trump, who is 73.

Deaths from COVID-19, the respiratory illness caused by coronavirus, have exceeded 45,200 nationwide as cases climbed to more than 811,000, according to a Reuters tally.

Greg Abbott of Texas on Wednesday became the latest Republican governor to signal his intention to start lifting restrictions. Abbott said he would announce a plan next week to broadly reopen the state’s economy during the first week of May.

States and local governments previously issued “stay-at-home” or “shelter-in-place” orders affecting about 94% of Americans to try to limit fresh cases of COVID-19, the respiratory illness caused by the virus.

The restrictions have battered the U.S. economy, with mandatory business closures leaving millions of Americans unemployed. Political leaders have engaged in an acrimonious debate over when and how to reopen the economy.

Georgia is giving the green light to gyms, hair salons, bowling alleys and tattoo and massage parlors to reopen on Friday, followed by movie houses and restaurants next week. The actions were ordered by Republican Governor Brian Kemp.

Rebecca Hardin, a 47-year-old hairdresser whose salon was shut down amid the pandemic, expressed concern that Georgia risked a fresh surge of infections and loss of life by opening up too quickly.

“I want to get back to work, but I’m worried it’s too soon,” Hardin said. “Friday seems awfully early when we’re facing a deadly disease that has no cure or vaccine.”

The state has relatively low case numbers and its per-capita death rate from coronavirus – 6 per 100,000 – is below the national average. Even so, Georgia on Monday reported 1,242 new infections over the prior 24 hours, the highest single-day tally in two weeks, while 94 people died, double the state’s previous daily record.