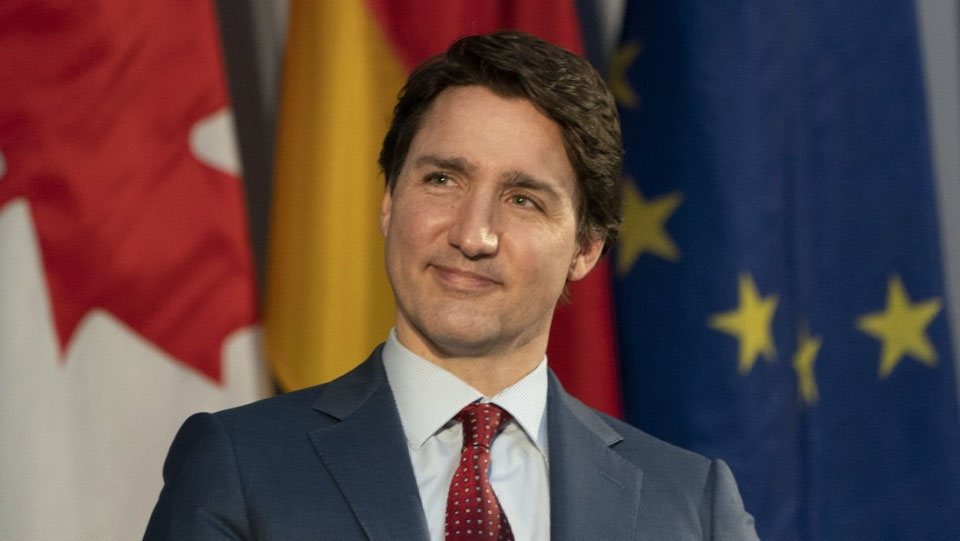 Prime Minister Justin Trudeau kicks off a whirlwind trip with an address to the European Parliament in Brussels later today on his second visit to the continent this month.

Trudeau will stress the importance of countries on both sides of the Atlantic working together to defend democracy in the face of Russia’s invasion of Ukraine.

It will be Trudeau’s second speech to European parliamentarians, following a 2017 address that was meant as a shot in the arm for a continent reeling from Britain’s vote a year earlier to leave the European Union amid the election of Donald Trump in the United States.

Foreign Affairs Minister Mélanie Joly says Europe can expect to hear a similar message in a new context: Canada’s solidarity with the people of Ukraine as Europe confronts its biggest security threat since the Second World War.

Two weeks ago, Trudeau developed a similar theme in a speech to an international audience at the Munich Security Conference where he called for a recommitment to democracy in the face of rising authoritarianism.

The speech was a sequel of sorts to the 2017 address the prime minister gave in Hamburg, Germany, that outlined his foreign-policy vision and his often professed faith in the rules-based international order.

Trudeau will join other NATO leaders on Thursday to co-ordinate the military alliance’s response to Russia’s attack on Ukraine and will meet with fellow G7 leaders before returning to Canada on Friday.

Trudeau will face pressure to boost Canada’s defence budget, which according to NATO estimates stands at 1.39 per cent of the country’s gross domestic product in 2021.

Prior to leaving Ottawa on Tuesday, Trudeau spoke with Ukrainian President Volodymyr Zelensky about “further international assistance ahead of the upcoming NATO and G7 meetings,” the prime minister’s office said in a statement.

“Both leaders called on Russia to stop targeting civilians, to withdraw its military forces from Ukraine, and to engage in diplomacy with Ukraine.”

Grizzly bear sightings have spiked in Manitoba since 1980

Tom Mulcair: Trudeau’s deal with NDP is quite the coup