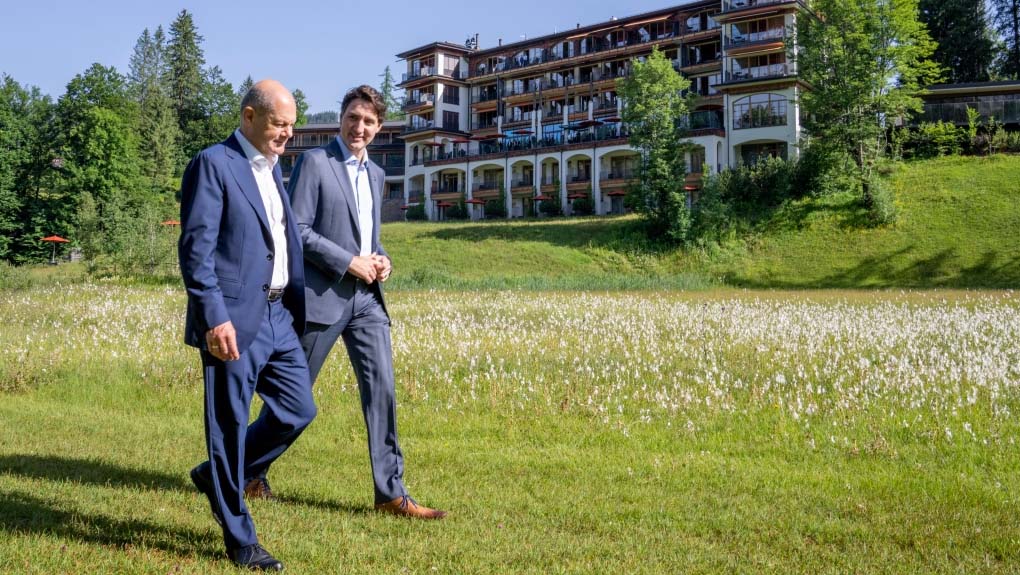 The German government on Friday issued a statement confirming the agreement will be signed Aug. 23 in Stephenville, where a Newfoundland based company plans to build a zero-emission plant that will use wind energy to produce hydrogen for export.

The company, World Energy GH2, has said it wants to build a nearby onshore wind farm to power a hydrogen production facility at the deep-sea port at Stephenville.

The mayor of Stephenville, Tom Rose, says Trudeau and Scholz will be joined by cabinet ministers and a delegation of German business leaders who will attend a green energy trade show before the signing ceremony.

Rose says Stephenville is an ideal place for a wind farm and hydrogen production plant because the area is known for having a world-class “wind corridor,” and it has the means to produce the large amounts of industrial water needed for hydrogen production.

The project was registered with the province in June and is now subject to a provincial environmental assessment.

On Saturday, the Prime Minister’s Office confirmed Trudeau will accompany the chancellor on a brief Canadian visit that will include earlier stops in Montreal and Toronto, starting Aug. 21.