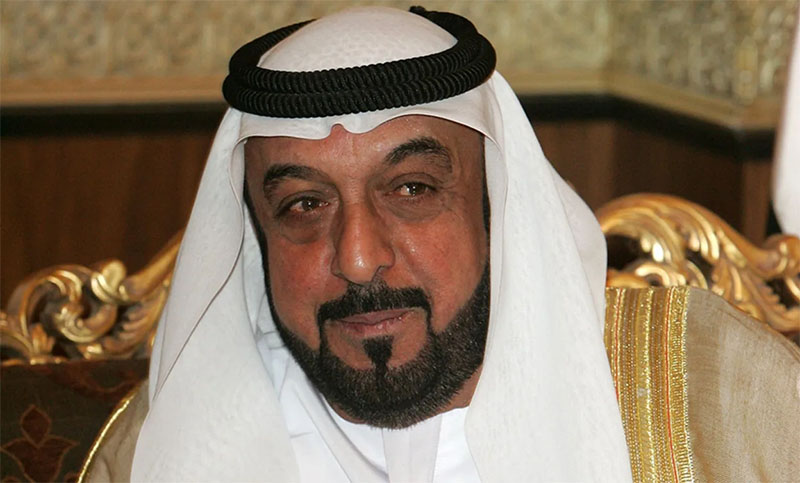 The top US officials, including President Joe Biden, mourned the loss of UAE President Sheikh Khalifa bin Zayed Al Nahyan on Friday after he died at 73.

“Sheikh Khalifa was a true partner and friend of the United States throughout his decadeslong tenure as President of the United Arab Emirates and Ruler of Abu Dhabi, and in his earlier role as Crown Prince of Abu Dhabi,” Biden said in a statement.

The US president called Sheikh Khalifa’s death a “great loss,” adding that the US would honor his memory by strengthening bilateral ties between Washington and the UAE.

Sheikh Khalifa was elected as president of the UAE on November 3, 2004. He succeeded his father, Sheikh Zayed bin Sultan Al Nahyan, UAE president from 1971 to 2004.

Vice President Kamala Harris lauded the leadership of Sheikh Khalifa, where bilateral ties helped enhance the security and prosperity of the American and Emirati people, she said. “The legacy of this partnership can be found in the deep bonds between our countries, which our Administration will continue to strengthen.”

We express our deep sadness at the passing of H.H. Sheikh Khalifa bin Zayed, President of the UAE. He was a friend of the United States and will be missed.

“We deeply valued his support in building the extraordinary partnership our countries enjoy today,” Blinken said. “We mourn his passing, honor his legacy, and remain committed to our steadfast friendship and cooperation with the United Arab Emirates.”

For his part, Secretary of Defense Lloyd Austin said he was saddened to learn of Sheikh Khalifa’s death.

“The world will mourn the loss of His Highness Sheikh Khalifa bin Zayed al Nahyan, who was a visionary leader for not just his country, but the entire region, and a close friend of the United States,” Austin said. “We are grateful for the President’s steadfast commitment to regional stability and security and will honor his legacy through our strong defense partnership with the United Arab Emirates.”

US Central Command chief Gen. Erik Kurilla also released a statement saying the strategic partnership between the US and the UAE was “ironclad.”

“Sheikh Khalifa’s legacy will inspire us to further strengthen the steadfast ties between our militaries,” the top US military general said.