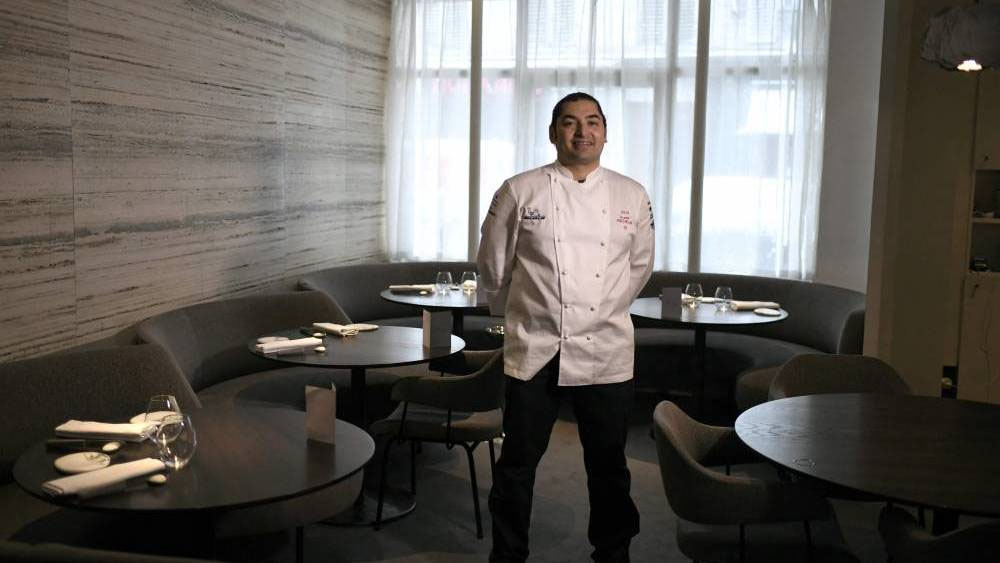 A high-end French restaurants abandoned the list of dishes that they used to serve, and preferred the trend to provide simple foods from around the world suitable for external orders, which witnessed a heavy turnout from the French, including the Lebanese zaatar mankoushe, the soo bereek and the manti from Armenia.

The Michelin-starred chef, Alain Al-Geaam, provided Parisians with the famous Lebanese zaatar mankoushe, inspired by his roots and childhood memories, and with which he succeeded in attracting a large number of customers.

Speaking to AFP, the Liberian-born chef who grew up in Lebanon before the civil war (1975-1990) forced him to leave, “When the Covid pandemic started, I got slapped (…). My view of cooking changed: sometimes it takes things. Simple to make people happy.

When his star-rated upscale restaurant was closed during the Stone Age, the “Saj” project was born, serving mankoushe at a price of 4.9 euros.

The smell of heated thyme smells on the saj, and the chef serves it with labneh and vegetable pickles. What makes the French accept the manoushe is that the simple combination of thyme ingredients mixed with olive oil provides a flavor unknown in France.

The secret also lies in the dough, which is perfectly suited to a ready-made meal formula, while the traditional recipe is designed to be eaten on the spot, like pizza.

The self-made young man who sees his mother as “the first and last chef” and has learned the techniques using French cookbooks, noted that the mankoushe, “with its few, fresh, simple and homemade ingredients,” stirs the customer’s feelings.

It is remarkable that this project, which was supposed to be “temporary”, attracts more residents of the French capital, and queues at the weekend make the chef think about expanding the concept to other types, such as shawarma or falafel, although he is preparing to reopen his restaurant that bears his name Which directed “Michelin” in 2018.

“I worked to maintain my star, but I also want to make people happy in a different way,” he said.

The world’s most expensive painting is stirring up a scandal