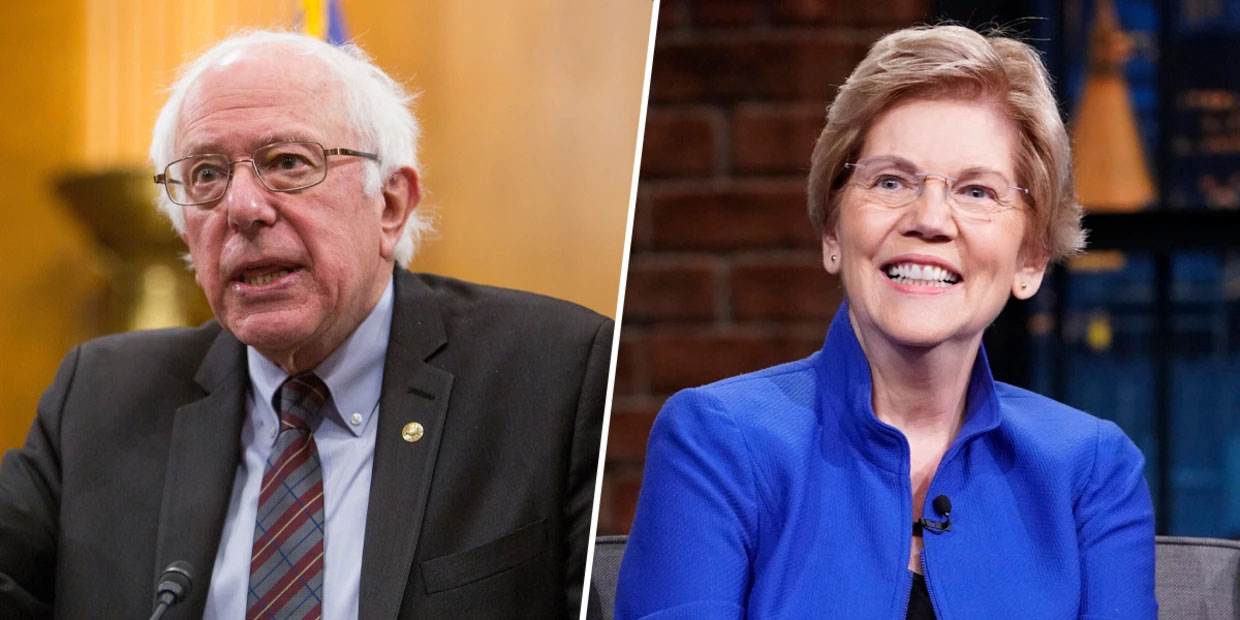 On Thursday, Sanders, I-Vt., will travel to Pittsburgh to headline a rally for Summer Lee, one of a half-dozen hard-core progressives he has endorsed in contested Democratic congressional primaries. He also plans to meet with Starbucks workers in the city to show solidarity in a store-by-store unionization push.

And, more than two years out from the 2024 election, the iconoclastic Sanders is having private discussions about the possibility of making a third bid for the Oval Office — with the caveat that he would do so only if President Joe Biden reverses course and chooses not to run — according to people close to him.

Faiz Shakir, who managed Sanders’ 2020 campaign, said promoting progressive candidates and causes can be an end in itself or a launching pad for the next race: “You can do both,” he said in an interview.

All of that might be unremarkable if Sanders were shadow boxing himself against the backdrop of an inevitable Biden re-election bid.

Instead, he is just the most openly ambitious of an emerging field of Democratic hopefuls who are positioning themselves to run if Biden doesn’t, more than a dozen Democratic insiders said in interviews. Most of them weren’t authorized to speak on the record or insisted on anonymity to avoid upsetting one or more of the potential candidates.

As vice president, Harris is widely viewed as the most likely to jump in if Biden steps aside.

Buttigieg is heading to Minnesota next month to headline the state party’s annual fundraising dinner, a rare appearance for a Cabinet secretary. Newsom recently assailed Democrats for their messaging on abortion after the leak of a draft Supreme Court opinion that would reverse the 50-year ban on states’ outlawing the procedure. And last month, Warren took her party to task for failing to move its agenda faster before the midterms, implicitly castigating Biden and party moderates.

“They are definitely jockeying and positioning,” said a top adviser on a past Democratic presidential campaign who, like others, insisted on anonymity to avoid angering Biden and his aides.

Another veteran party operative who doesn’t share that view said, “There’s a working assumption among a lot of people that the president is not going to run for re-election.”

Indeed, it isn’t universally held. Biden, who has run three times and flirted with bids dating to the 1980 election, insists he will seek a second term.

Still, the jostling points to a deepening frustration within the party over Biden’s inability — and, in some cases, unwillingness — to execute on his own agenda. Some Democratic leaders believe they could do a better job fighting for the party’s priorities, and they are starting to voice that opinion publicly.

That raises the possibility — although no prospective candidate has said it — that Biden could face credible opposition in a primary. Lyndon Johnson was the last Democratic president to fail to win renomination, as he withdrew from contention amid the Vietnam War and collapsing support within his party.

While Biden remains more popular than Johnson with Democrats, the shuffling beneath him can’t help but be destabilizing.

The top adviser on a past presidential campaign said potential hopefuls are inflicting damage on fellow Democrats, most notably Biden.

“It looks like Warren, Newsom and some of the others are looking to run down Biden and the party, which is unhelpful,” he said. “It’s like they’re on the Titanic and they’re sending out for more icebergs.”

For ambitious Democratic politicians, there’s a risk in waiting too long to draw a contrast with a president whose approval rating is mired in the low 40s and for whom it would be counterproductive to turn himself into a lame duck any earlier than necessary.

In other words, there’s more harm in failing to prepare than in getting ready to run.

“Some people are looking at this and going, ‘Listen, we’re not 100 percent sure what’s going to happen,'” said Mark Longabaugh, a longtime Democratic strategist who once worked for Sanders. “If Biden decides he’ll run again in 2024, then all you’re doing is you’re advancing the ball toward ’28.”

In mid-April, Warren, who ran in 2020, wrote a New York Times column imploring her party to push harder for progressive change now.