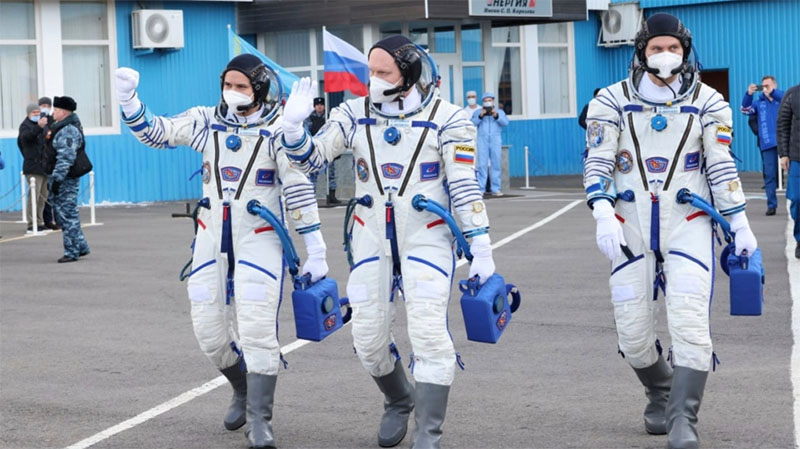 MOSCOW — A Russian rocket blasted off successfully Friday carrying a trio of Russian cosmonauts to the International Space Station.

The blastoff marked the first space crew launch since Russia launched an invasion of Ukraine on Feb. 24.

The war has resulted in cancelled spacecraft launches and broken contracts, and Roscosmos chief Dmitry Rogozin has warned that the U.S. would have to use “broomsticks” to fly into space after Russia said it would stop supplying rocket engines to U.S. companies. Many worry that Rogozin is putting decades of a peaceful off-planet partnership at risk, most notably at the International Space Station.

NASA Administrator Bill Nelson played down Rogozin’s comments, telling The Associated Press: “That’s just Dmitry Rogozin. He spouts off every now and then. But at the end of the day, he’s worked with us.”

“The other people that work in the Russian civilian space program, they’re professional,” Nelson told the AP on Friday. “They don’t miss a beat with us, American astronauts and American mission control.”

Rogozin: United States would have to use broomsticks to fly to space