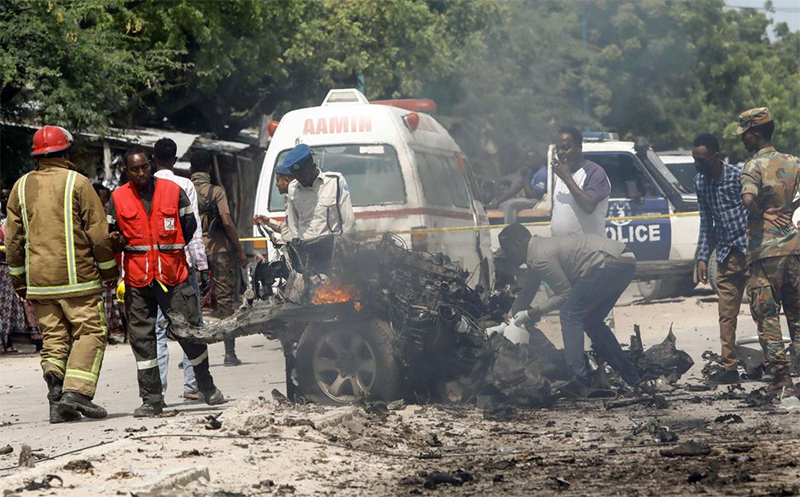 Witnesses say at least 11 people are dead after a suicide bomber blew himself up at the entrance to a government building in southern Somalia.

District Commissioner Abdillahi Ali Waafow was among those killed in Wednesday’s attack, the secretary-general of the Marka town administration in the Lower Shabelle region, Mohamed Osmaan Yariisoow, told The Associated Press by phone.

“Minutes after we had concluded a meeting we had at the district headquarters and were on our way out, we found an unknown man approached us and blew himself up,” Yariisoow said, adding that the commissioner’s bodyguards, traditional elders and women also were killed.

The Somalia-based extremist group al-Shabab claimed responsibility for the attack.

Marka is about 100 kilometers south of Somalia’s capital, Mogadishu.

Witness Hassan Abdullahi confirmed to the AP by phone that 11 people including the district commissioner had been killed.

“I heard a huge blast. I ran toward the explosion scene. I have seen with my own eyes several bodies and remains of human flesh scattered on the ground,” he said.

Bus falls off a bridge in Kenya, leaves 21 dead