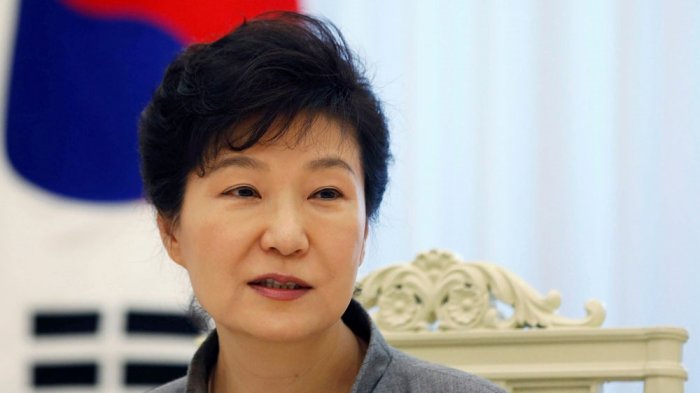 Eight judges from the Constitutional Court assembled on Friday to issue a verdict to remove Park from office over a corruption scandal.

The ruling sparked protests from hundreds of her supporters, two of whom were killed in clashes with police outside the court.

It marks the first time a South Korean president has been ousted before the end of their term since democracy replaced dictatorship in the late 1980s.

Election law now requires a snap poll to be held within 60 days.

In anticipation of the ruling, Park supporters, many of them dressed in army-style fatigues and wearing red berets, and those who want Park gone began showing up around the Constitutional Court building in downtown Seoul.

A big television screen was set up near the court so that people could watch the verdict live. Hundreds of police also began preparing for the protests, putting on helmets with visors and black, hard plastic breastplates and shin guards.

Park, 65, has been accused of colluding with a friend, Choi Soon-sil, and a former presidential aide, both of whom have been on trial, to pressure big businesses to donate to two foundations set up to back her policy initiatives.

She is also accused of soliciting bribes from the head of the Samsung Group for government favours including the backing of a merger of two Samsung affiliates in 2015 that was seen to support the succession of control over the country’s largest “chaebol” conglomerate.

Park has denied any wrongdoing, but apologised for putting trust in her friend.

Park’s parliamentary impeachment in December came after weeks of Saturday rallies that drew millions who wanted her resignation. Overwhelmed by the biggest rallies in decades, the voices of Park supporters were largely ignored. But they have recently regrouped and staged fierce pro-Park rallies.

People on both sides have threatened not to accept a Constitutional Court decision.

One of Park’s lawyers told the court last month that there will be “a rebellion and blood will drench the asphalt” if Park is booted from office.

Jean Lee, a journalist and global fellow at the Woodrow Wilson Center’s Korea centre, told Al Jazeera there is a sense of fear among Park supporters that this decision will be a security threat.

There is a lot of fear by the older generation, the old guard. There’s fear it’s made [the country] more vulnerable, Lee said.

Many participants at anti-Park rallies had said they would stage a “revolution” if the court rejected Park’s impeachment.

But Park has avoided a direct investigation thanks to a law that gives a sitting president immunity from prosecution for most of alleged crimes.

Since she’s now no longer in power, prosecutors can summon, question and possibly arrest her.

Her critics want to see Park appear on TV while dressed in prison garb, handcuffed and bound like others involved in the scandal. But some analysts worry that could create a backlash by conservatives.

Even after the election, imprisoning Park could still be a burden for a new government, which must pursue national unity to overcome security, economic and other problems, said Chung Jin-young, a professor at Kyung Hee University. Others say it won’t be difficult.

Prime Minister Hwang Kyo-ahn has led the government as acting leader since Park’s impeachment and he will continue to do so until South Korea elects a new president by May.

Some media reports said Hwang might run for presidency as a conservative candidate. If that happens, he should resign to run and a deputy prime minister will serve as another interim leader.