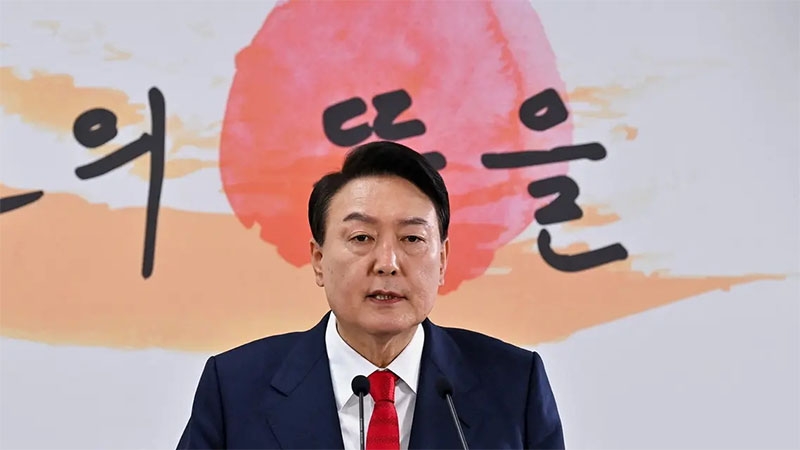 South Korea’s president-elect Yoon Suk-yeol met with former President Park Geun-hye on Tuesday for the first time since he led a corruption probe that resulted in her impeachment and a nearly five-year prison term.

Yoon, a former prosecutor-general who barely won a bitterly fought election last month as the new standard-bearer of Park’s conservative party, faces low approval ratings and is keen to heal the wounds in his party over Park’s ouster five years ago.

His People Power Party will face its next test at the polls in local elections on June 1, just weeks after his May 10 inauguration.

Yoon visited Park, 70, at her home in the southeastern city of Daegu, where she has lived since a pardon last December after serving nearly five years of a 20-year sentence on corruption charges.

“He planned to visit Park to see her health and exchange a friendly chat,” Yoon spokesperson Bae Hyun-jin said in a statement.

The imprisonment of Park, the daughter of former dictator Park Chung-hee, had divided a country in which old Cold War rivalries between right and left still hold sway in politics, while creating a rift within the conservative camp.

Yoon won the March 9 election by a record narrow margin of 0.7 percent, and a poll released on Monday by Realmeter showed that only 50.4 percent of respondents said Yoon would carry out his presidential duties well, while 45.3 percent expected a poor performance.

Newly elected presidents in South Korea have typically enjoyed a honeymoon period with much higher approval ratings during their early period in office.

Yoon said during the election campaign that he was sorry about what happened to Park, and was expected to invite her to his inauguration.