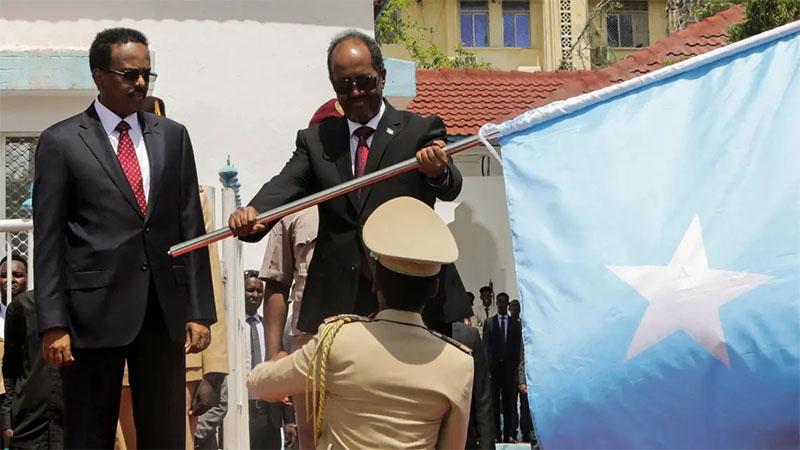 Somalia’s President Hassan Sheikh Mohamud appointed lawmaker Hamza Abdi Barre as the country’s prime minister on Wednesday, with the new premier facing a host of challenges including a looming famine and the threat of extremism.

“The president wishes the new PM utmost success as he leads the government’s ambitious reform agenda and calls on Somali people to render him their unwavering support,” the presidency said on Twitter.

The 48-year-old MP from the semi-autonomous state of Jubaland replaces Mohamed Hussein Roble, whose 22 months in office were marred by a rancorous dispute with Mohamud’s predecessor Mohamed Abdullahi Mohamed that threatened to plunge Somalia back into violent chaos.

“I am very happy that I have your confidence Mr President, and this shows that you believe I can be trusted with this huge task,” Barre told a joint press conference, promising “to work day and night” at the job.

Mohamud – who previously served as head of state between 2012 and 2017 – unveiled his choice for prime minister just six days after he was inaugurated at a ceremony in Mogadishu attended by several regional heads of state.

His election in mid-May has stirred hopes that his presidency will draw a line under the political crisis that festered for more than a year under his predecessor, better known by his nickname Farmajo.

The former president also had confrontational relationships with several of Somalia’s states, particularly the semi-autonomous Jubaland and Puntland.

Barre, whose name had circulated widely on social media before his appointment was officially announced, was voted in as an MP in Kismayo, the commercial capital of Jubaland in December, in a long-delayed and chaotic parliamentary election process.

Tunisia international flights to be cancelled on Thursday: Union