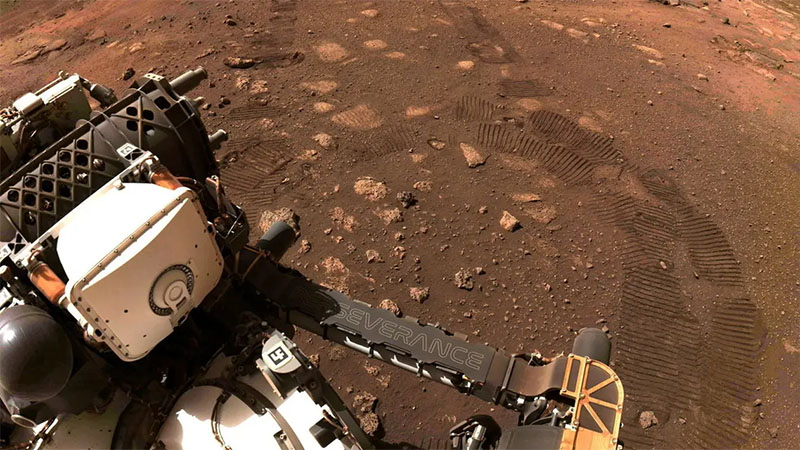 Solar power could provide all the needed energy for an extended mission to Mars and is more efficient than nuclear energy, according to a new study.

Scientists and engineers at the University of California Berkley said in a statement that the high efficiency, light weight, and flexibility of the latest solar cell technology makes it the most efficient.

Many scientists who have thought of the logistics needed to live on the Red Planet have assumed that nuclear power would be the best alternative, mainly due to its reliability and 24/7 operation.

Over the past decade, miniaturized Kilopower nuclear fission reactors have advanced to the point where NASA considers them to be key to future robotic and human exploration and a safe, efficient, and plentiful source of energy.

However, solar power on the other hand, must be stored for use at night. Nighttime on Mars lasts about the same duration as on the planet Earth. Solar does have its downsides when it comes to this because energy production can be stifled by the red dust that covers the planet.

The new study which was published in the journal Frontiers in Astronomy and Space Sciences used an approach which compared the two technologies head-to-head for an extended mission to Mars of 490 days, including six people. The scientists believed that this was the most likely scenario for a mission that reduces the transit time between the two planets and extends time on the surface beyond a 30-day window.

The team’s analysis found that for settlement sites over nearly half the Red Planet’s surface, solar is comparable or better than nuclear when taking into account the weight and efficiency of solar panels. This is feasible so long as daytime energy is used to produce hydrogen gas for use in fuel cells to power the area at night or during sandstorms.

“Photovoltaic energy generation coupled to certain energy storage configurations in molecular hydrogen outperforms nuclear fusion reactors over 50 percent of the planet’s surface, mainly within those regions around the equatorial band, which is in fairly sharp contrast to what has been proposed over and over again in the literature, which is that it will be nuclear power,” said one of two first authors of the paper and bioengineering doctoral student Aaron Berliner.

“This paper takes a global view of what power technologies are available and how we might deploy them, what are the best-use cases for them and where do they come up short,” said co-first author and graduate student in the Department of Chemical and Biomolecular Engineering Anthony Abel.

“If humanity collectively decides that we want to go to Mars, this kind of systems-level approach is necessary to accomplish it safely and minimize cost in a way that’s ethical. We want to have a clear-eyed comparison between options, whether we’re deciding which technologies to use, which locations to go to on Mars, how to go and whom to bring,” he added.