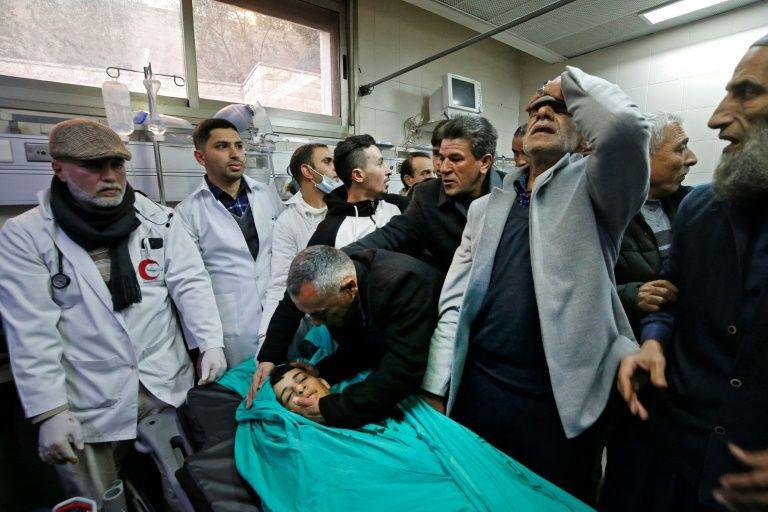 A second Palestinian has been killed by Israeli fire during a demonstration in the occupied West Bank against the demolition of a Palestinian home, Palestinian official media said on Thursday.

Yazan Abu Tabikh, 19, was killed and seven others wounded when clashes broke out after Israeli forces raided the northern town of Jenin, the official WAFA news agency reported.

An AFP reporter saw the body and mourning relatives in a hospital in the town.

The raid was to demolish the home of Ahmad Qanba, a Palestinian charged with aiding a Hamas cell in the West Bank, the Israeli army said.

It said Qanba had been part of a cell that carried out a January 2018 attack in which a rabbi was killed.

The army said forces had “identified a number of armed terrorists who hurled explosive devices and fired towards them. The forces responded with riot dispersal means.”

On Wednesday, Mohammed al-Haddad, 17, was shot dead during clashes in Hebron.

The uptick in violence comes days after US President Donald Trump unveiled his long-awaited Middle East plan, which is seen to greatly favor Israel and has been rejected by the Palestinians.

The plan has sparked calls by Israeli nationalists for Israel to annex parts of the West Bank, including Jordan Valley, and has set off tensions in the region.

The Palestinians called for protests against the plan, which they said was biased towards Israel.