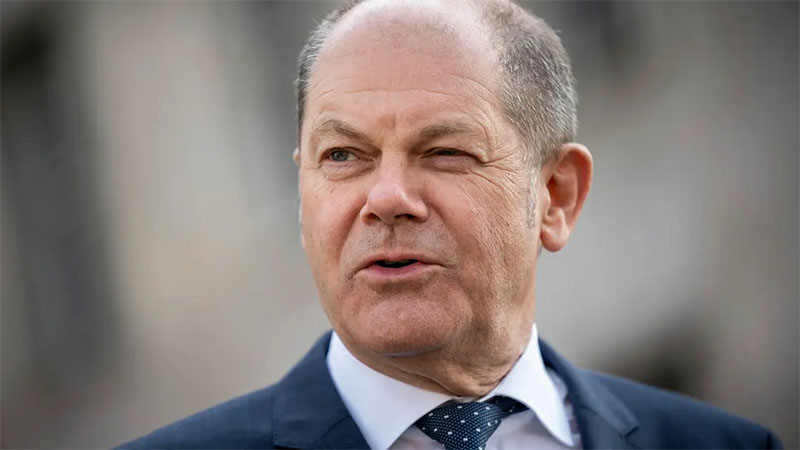 The leader of Germany’s center-left Social Democrats (SPD), Olaf Scholz, took a major step towards succeeding Angela Merkel as chancellor on Friday, announcing that he and the leaders of two smaller parties aimed to move into formal coalition talks.

The leaders of the SPD, who came first in last month’s election, the Greens and the business-friendly Free Democrats (FDP) said exploratory talks had been constructive and allowed them to establish a road map for more formal negotiations.

Party committees are expected to vote over the weekend on whether to do so, bringing them closer to forming a “traffic light” alliance after their respective red, yellow and green colors – the first of its kind at federal level.

The Greens and FDP have kept open the option of turning to the conservatives, who have been in office for the last 16 years, should talks with the SPD stumble. The conservatives criticized the road map as contradictory and short on detail.

But polls show most voters back a traffic light alliance and even senior conservatives have given up on leading the next government.

“A new start is possible with the three parties coming together,” Scholz told a news conference.

“If parties that are so different could agree on joint challenges and solutions, then that would be an opportunity to unite our country,” said FDP leader Christian Lindner.

It offered “a chance that a possible coalition could be greater than the sum of its parts,” he added.

According to the road map for coalition talks seen by Reuters, the parties agreed on major points like the central role of the transatlantic partnership and NATO in German security and the need to strengthen the European Union.

“I can say with complete certainty that it will be a pro-European government,” Merkel told reporters in Brussels. “And that’s an important message for EU partners.”

But the document also suggested they might be more willing to consider a permanent role for the EU’s pandemic recovery fund, Nickel said, in a nod to the SPD, which has talked about taking steps towards a fiscal union in Europe.

Several economists told Reuters they were encouraged by the road map, which promised a waiver on tax increases and a commitment to provide funds for public and private investment.

“This is a constructive compromise and a good overall package that was agreed on quickly during confidential talks,” economist Jens Suedekum from the Heinrich Heine University in Duesseldorf told Reuters.

The parties also agreed an exit from coal-fired power stations by 2030 in the road map and on using 2 percent of land for onshore wind power farms, equipping all suitable rooftops with solar panels, and cutting time for planning and permits by at least half.

Greens Co-Chief Annalena Baerbock said it should be a coalition of “reform and progress to make this the decade of renewal”.