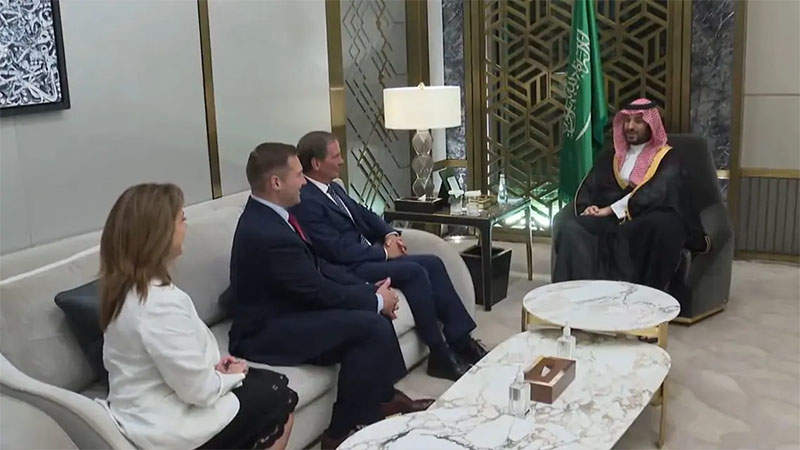 During the meeting in Jeddah, the Crown Prince discussed ties of friendship between the two nations and topics of common interest, SPA reported.

US-Saudi ties have been strained since President Joe Biden took office and his administration made decisions to curtail Washington’s support to the Arab Coalition’s campaign in Yemen and to pursue reviving the abandoned 2015 Iran nuclear deal which Riyadh says doesn’t do much to prevent Tehran from creating a nuclear weapon.

“They underscored the longstanding partnership between our two nations… Mr. Sullivan reaffirmed President Biden’s commitment to help Saudi Arabia defend its territory, and expressed appreciation for Saudi Arabia’s leadership in securing a UN-brokered truce in Yemen. They also discussed the importance of coordinating efforts to ensure global economic resilience,” the White House said in a statement about the meeting.

Austin said: “The US is committed to our strong partnership with Saudi Arabia. I share Saudi concerns over Iran’s destabilizing activities in the region, and I welcome the Kingdom’s constructive efforts in advancing the current Yemen truce, which should be extended.”

It was a pleasure to meet with the Saudi Vice Minister of Defense HRH Prince Khalid bin Salman during his visit for the U.S.-Saudi Strategic Joint Planning Committee. The U.S. is committed to our strong partnership with Saudi Arabia. (1/2) https://t.co/VSIJFoL43u