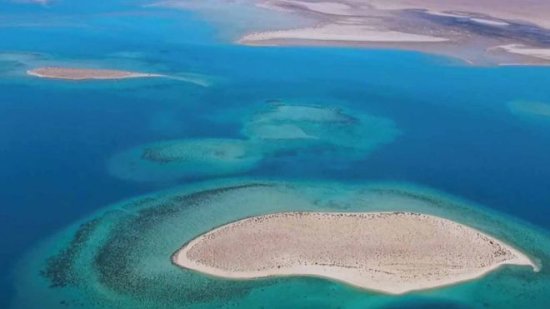 Saudi Arabia has launched a massive tourism development project that will turn 50 islands and other sites on the Red Sea into luxury resorts.

It hopes to attract both foreign tourists and domestic visitors as part of efforts to diversify the Saudi economy, as oil prices have fallen.

Visa restrictions on foreigners are to be eased in the tourist zone.

However, it is not clear whether dress codes and other restrictions in the conservative kingdom will be relaxed.

Alcohol, cinemas and theatres are prohibited in Saudi Arabia.

Women must wear loose-fitting, full-length robes known as “abayas” in public, as well as a headscarf if they are Muslim. They are not allowed to drive and often require a male guardian’s permission to study or travel abroad.

Construction of the new resorts is due to start in 2019. The first phase will include developing a new airport as well as luxury hotels and housing, and is expected to be complete in 2022.

Saudi Arabia already plays host to millions of foreigners – for work and for the Hajj pilgrimage to Mecca.

But its austere religious and social codes, reflected in the ruggedness of the landscape, have hardly proved enticing to tourists – and until recently, that’s how the Saudis liked it.

Now, with oil revenues falling, fresh ways of earning income and providing jobs for Saudis have been urgently sought.

Tourism has been earmarked as a key element of a new economic and social vision.

The tourism project is part of a plan, known as Vision 2030, spearheaded by Crown Prince Mohammed bin Salman, who was elevated to become the first in line to the Saudi throne in June.

The Red Sea development will be built along 125 miles (200km) of Saudi’s western coastline, according to the Vision 2030 fund.

Among the attractions will be protected coral reefs, dormant volcanoes, and a nature reserve inhabited by rare wildlife like Arabian leopards and falcons.

Visitors will also be able to take trips to the ancient ruins of Madain Saleh, classified as a Unesco World Heritage site, and take part in activities such as parachuting, trekking and rock climbing.