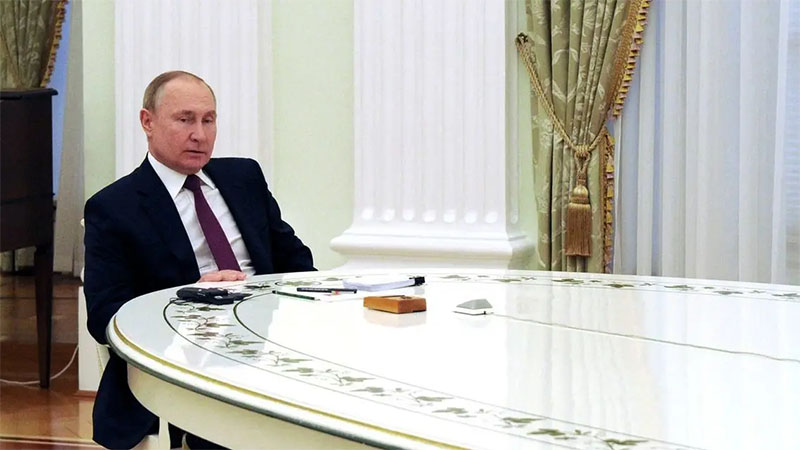 Vladimir Putin on Friday insisted that Russia was fighting “Nazi ideology” in Ukraine in a phone call with German Chancellor Olaf Scholz .

The Russian president sent troops to the pro-Western country on February 24, saying Ukraine needed to be “demilitarized” and “de-Nazified.”

“Attention has been drawn to the continued violations of international humanitarian law by militants advocating Nazi ideology and using terrorist methods,” the Kremlin said in a readout after the call.

Scholz has come under fire for arms deliveries to Ukraine deemed insufficient and Germany’s reliance on Russian energy imports.

Germany’s economy is now racing to wean itself off Russian energy and has already almost completely phased out Russian coal.