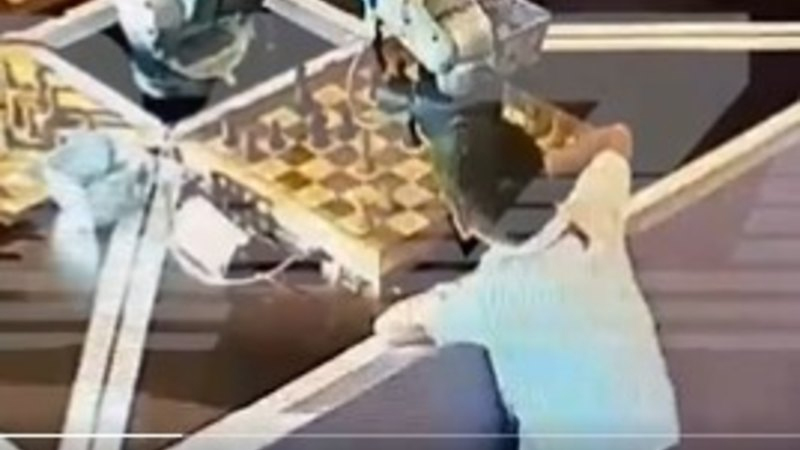 A Russian chess-playing robot broke a seven-year-old boy’s finger during a match in Moscow last week, a video circulating on social media showed.

The video first showed the robot taking one of the child’s chess pieces, and when the boy was making a move, the robot grabbed his finger.

Some adults rushed to help the child who was eventually freed from the robot’s grip and moved away from it.

The seven-year-old spent the final days of the tournament in a cast, TASS reported.

Lazarev said the machine played several chess matches before without such an incident taking place.