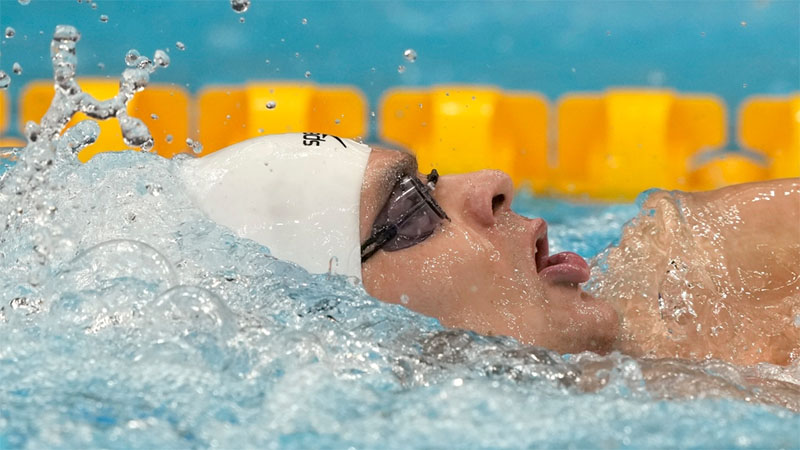 LAUSANNE, SWITZERLAND – Russian and Belarusian swimmers were banned Wednesday from competing at the world championships because of the war in Ukraine.

The sport’s governing body, known as FINA, had broken with most other organizations by continuing to allow Russians and Belarusians to compete, though as “neutral athletes” without national symbols.

“Following the review of an independent risk assessment, the FINA Bureau met today and confirmed that athletes and officials from Russia and Belarus will not take part (in the world championships),” FINA said.

The event, which will be held in Hungary in June and July, includes swimming, diving, water polo and artistic swimming.

The German and Swiss teams had previously indicated they could boycott the championships if Russia was still allowed to compete. Russia placed third in the medal table behind China and the United States at the last championships in 2019.

FINA added that Russia responded to the ban by withdrawing from all events on this year’s calendar. Russia was stripped of hosting the world short-course championships in Kazan in December and FINA is now seeking a new host.

Russian and Belarusian athletes already have been suspended from sports including soccer, track, gymnastics, skiing and ice skating because of the invasion of Ukraine.

FINA is also pursuing a disciplinary case against swimmer Evgeny Rylov, who appeared at a rally in Moscow last week in support of Russian forces and President Vladimir Putin. He won gold in the 100 and 200-meter backstroke at last year’s Tokyo Olympics and added a silver medal in the 4×200 freestyle relay.

“FINA maintains its strongest condemnation of the Russian invasion of Ukraine,” the swim body said.