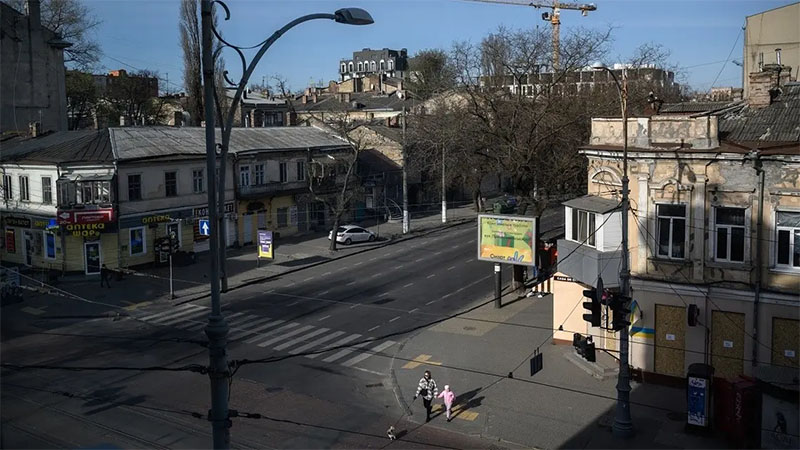 Russian troops destroyed a base of foreign mercenaries outside Odesa, along with an artillery training center in the Sumy region, the Russian defense ministry announced on Saturday.

“High-precision air-launched missiles hit an artillery training center of the Ukrainian Armed Forces near the village of Stetskivka in the Sumy region. In this center, foreign instructors trained Ukrainian servicemen to operate and direct fire of 155 mm M777 howitzers,” Russian Defense Ministry spokesman Igor Konashenkov said in his daily briefing.

Konashenkov also said that a base of foreign mercenaries in the area of Dachne in the Odesa region was destroyed as a result of a missile attack.

The ministry has also published footage of Ka-52 attack helicopters firing missiles. According to the report, helicopter crews destroyed a tank, an armored personnel carrier and weapons at the positions of the Ukrainian Armed Forces.

The ministry added that its forces shot down a Ukrainian military transport plane carrying weapons and munitions near the Black Sea port of Odesa.

Separately on Saturday, the governor of the Luhansk region said Russian forces were blowing up bridges across the Seversky Donets river to prevent Ukraine bringing in military reinforcements and delivering aid to civilians in the town of Sievierodonetsk.

In a TV broadcast, Serhiy Gaidai said the Ukrainian military continued to hold its positions inside Sievierodonetsk and was pushing back Russian forces in several locations.

Gaiday also said that Russia was using all its available forces to capture Sievierodonetsk in a bid to control the entire eastern Donbas region.

“The situation in the region as a whole is extremely difficult. Fighting is now concentrated in Sievierodonetsk because, as we understand it, the Russian army is throwing all its power, all its reserves in this direction,” Gaiday said.

“Preliminary information shows they have managed to capture most of the city. But now our military is moving them,” he added.

Sievierodonetsk is the largest city still in Ukrainian hands in the Luhansk region, where Russian forces have advanced gradually in recent weeks.