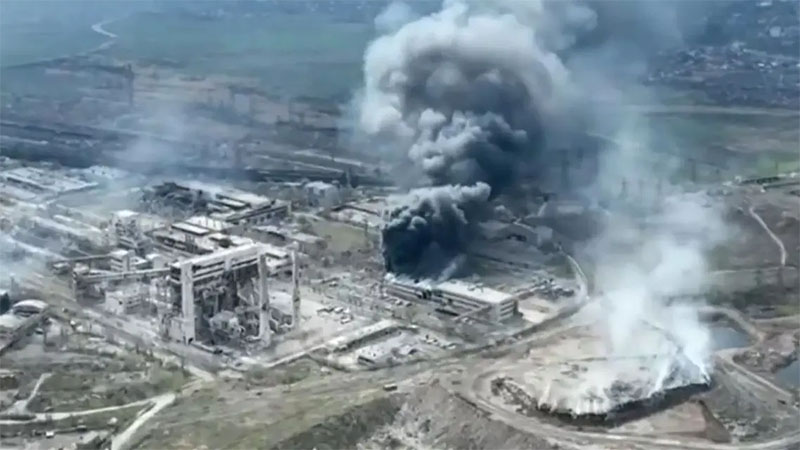 Relatives of Ukrainian soldiers trapped in Mariupol’s Azovstal steel plant called on China’s President Xi Jinping to “save” the encircled troops on Saturday, saying he was the last world leader that Moscow would listen to.

Five wives of the Ukrainian soldiers and one father gave a press conference in Kyiv, in another desperate appeal to help the soldiers, holed up in the underground tunnels of the huge factory that has been besieged by Russian forces for weeks.

“There is only one man left in the world that we can address, it is the Chinese leader,” said Stavr Vychniak, the father of one of the trapped soldiers.

“China has a big influence on Russia and on [Russian President Vladimir] Putin personally. We ask for him to intervene,” he sad.

He called on Xi to “take necessary measures for the extraction” of the soldiers.

“They are in hell, under constant bombardment,” he said, calling on wounded soldiers and bodies of dead soldiers to be removed from the plant.

Western powers and Ukraine have repeatedly urged China to condemn Russia’s invasion of Ukraine while Beijing, which has good relations with Moscow, has tried to maintain a neutral stance.

Natalia Zarytska, the wife of one of the trapped soldiers, also called for China’s help.

“There is still a person in this world to whom Putin struggles to say no to,” she said, calling on Xi to “join in on to save” the soldiers.

“We are confident that China, strong and noble, is able to take decisions difficult in the name of good.”

Zarytska said she receives messages from her husband, saying they are under attack “from sea, ground and air” and that Russia is dragging out “this painful process of torture.”

She called on the world “not to be silent and stop this destruction” at Azovstal.

Ukraine’s Azov battalion that has led the defense of Mariupol has posted desperate videos from the plant, saying soldiers are “dying” from their wounds there.