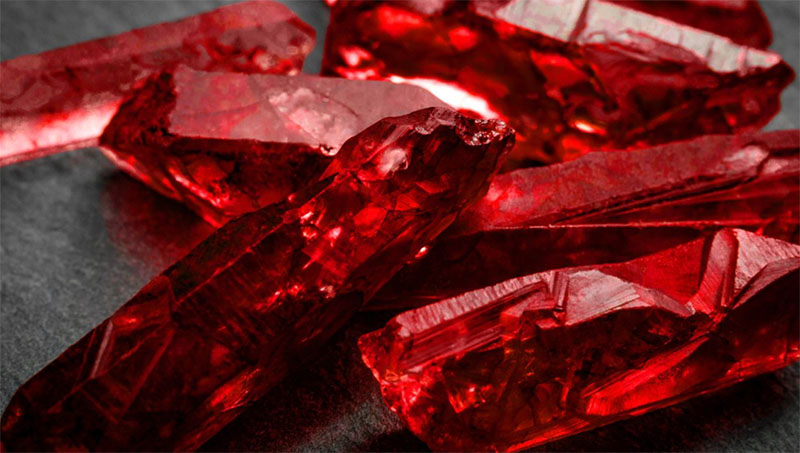 One of the world’s biggest rough rubies has landed in Dubai to mark the launch of the new Callisto Collection by SJ Gold and Diamond, the Swiss firm said in a statement on Tuesday.

The rough Ruby, mined from the Central Tanzanian village of Winza, will make its first public appearance in the market at the Waldorf Astoria in Dubai Financial Center (DIFC) on Friday.

SJ Gold and Diamond, established in Dubai since 2017, will display the record-breaking rough ruby gem called ‘Burj al-Hamal,’ or ‘Aries’ in English.

After the holy month of Ramadan, the Ruby will be auctioned off to buyers in the United Arab Emirates. The rare gem has been estimated to go for a minimum of $120 million.

Weighing in at a whopping 8,400 carats and 2.8 kilograms in weight, the Burj al-Hamal will be unveiled by the event’s guest of honor and the renowned Hollywood actor, Tamer Hassan.

“The launch of the Callisto collection in Dubai represents a groundbreaking moment for the company in its journey to becoming one of the world’s leading Metal and Mineral Asset Management Firm, managing a total of 4 billion dollars in assets, ranging from exclusive gemstones and gold,” said SJ Gold and Diamond Managing Director Patrick Pilati.

“This is the first time we are introducing our crown jewel of the collection. Unveiling this one-of-a-kind stone to the public for bidding, is a clear continuation of our dedication to showcasing the best of the best in the UAE,” added Pilati.

The Callisto collection, named after the famous Arcadian Nymph of Greek Mythology, includes millions worth of hand-picked white and yellow cut and uncut diamonds along with the 12 unique rubies, weighing 236,000 carats.

Each rough ruby, coming in diverse sizes, will be featured in the Callisto collection’s logo, tethered together with gold lines to form the collection’s very own constellation.

‘The Eagle Has Landed’ author Jack Higgins dead at 92