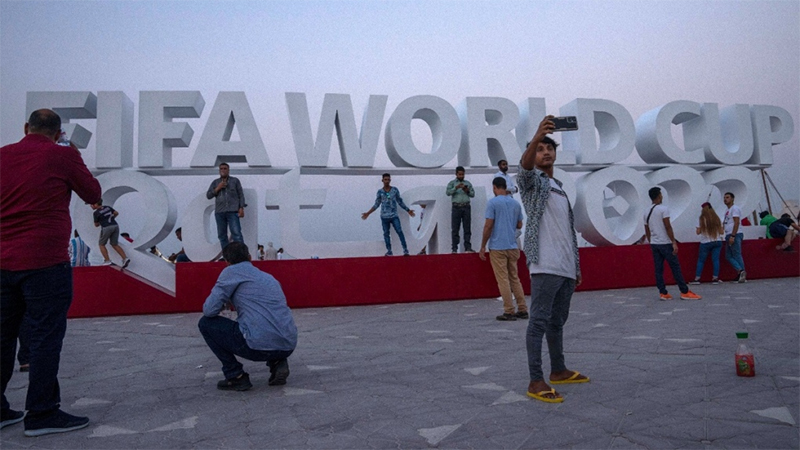 DOHA, QATAR – Qatar’s ruling emir on Tuesday lashed out at criticism of his country over its hosting of the 2022 FIFA World Cup, describing it as an “unprecedented campaign” targeting the first Arab nation to hold the tournament.

Since winning hosting rights for the World Cup over a decade ago, Qatar has faced scrutiny and criticism for its treatment of migrant workers and the gay community, among other issues.

The alleged abuses affecting legions of low-paid labourers who power Qatar’s economy and who built its gleaming World Cup stadiums have been a lighting rod for protest around the world, especially in Europe.

Qatar has repeatedly pushed back, insisting the country has improved protections for migrant workers and claiming the criticism is outdated.

In a televised speech before the emirate’s legislative body on Tuesday, Sheikh Tamim bin Hamad Al Thani said Qatar “has been subjected to an unprecedented campaign that no host country has ever faced.”

“The campaign tends to continue and expand to include fabrications and double standards that were so ferocious that it has unfortunately prompted many people to question the real reasons and motives,” he said.

Rights groups have credited Qatar with improving its labor laws, such as by adopting a minimum monthly wage of around US$275 a month in 2020, and for dismantling the “kafala” system that had prevented workers from changing jobs or leaving the country without the consent of their employers. However, activists call for more to be done.

In recent months pressure has also mounted on Qatar over its criminalization of homosexuality. Qatari law calls for a prison sentence of one to three years for adults convicted of consensual gay or lesbian sex. European soccer federations last month announced their intention for captains to wear an armband with a rainbow heart design as part of an anti-discrimination campaign during international matches.

In his speech, Sheikh Tamim promised the glaring spotlight of the world’s biggest sporting event would also benefit Qatar.

“This is a great test for a country the size of Qatar that impresses the whole world with what it has already achieved and is achieving,” he said.