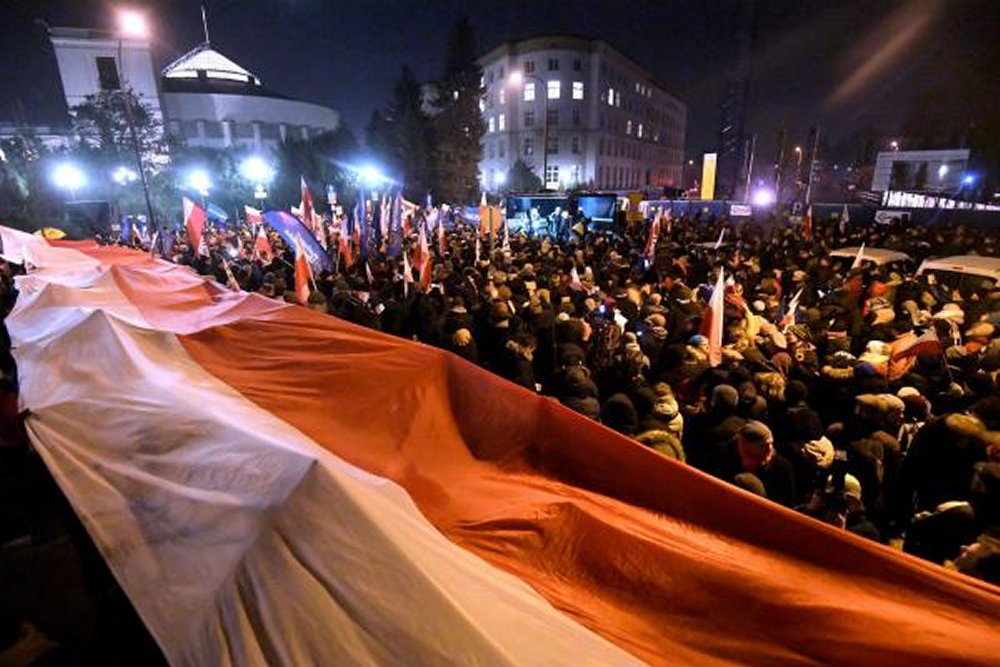 Hundreds of protesters blockaded the Polish parliament in opposition to proposed media restrictions on parliament proceedings.

Opposition party lawmaker Jerzy Meysztowicz said police used tear gas and other forceful means to disperse the several hundred protesters outside of parliament to clear a path for lawmakers to leave by car, ITV reported.

Lawmakers inside parliament who opposed the governing Law and Justice party leader Jaroslaw Kaczysnki’s proposal to allow only two journalists per news outlet and ban the capture of still photos and video in future proceedings chanted “Democracy!” and “Free Media!”

One opposition member of parliament who was seen holding a sign reading “free media” was told by Law and Justice party Speaker Marek Kuchcinski he would no longer be allowed to attend parliamentary proceedings, according to the BBC.

“This restriction, first of all, does not hit journalists, but the rights of citizens to be fully informed about what people elected by them to the parliament do,” Some of Poland’s largest independent news organizations said in a joint statement.

The government argued the limits are not restrictive and ensure a comfortable working environment for MPs.

The protests, which Kaczysnki referred to as “parliamentary hooliganism,” disrupted a vote on the 2017 budget and forced the session to move to another gallery.

“We will not allow ourselves to be terrorized,” Kaczysnki said.

It was the first time since 1989 such a vote was held outside the main chamber of parliament, and while enough MPs were present for the vote to be valid the opposition discredited as illegal and demanded a revote.

“There is no proof that a quorum of lawmakers was present. We suspect that people who were not allowed to vote took part,” opposition Nowoczesna party leader Ryszard Petru said.