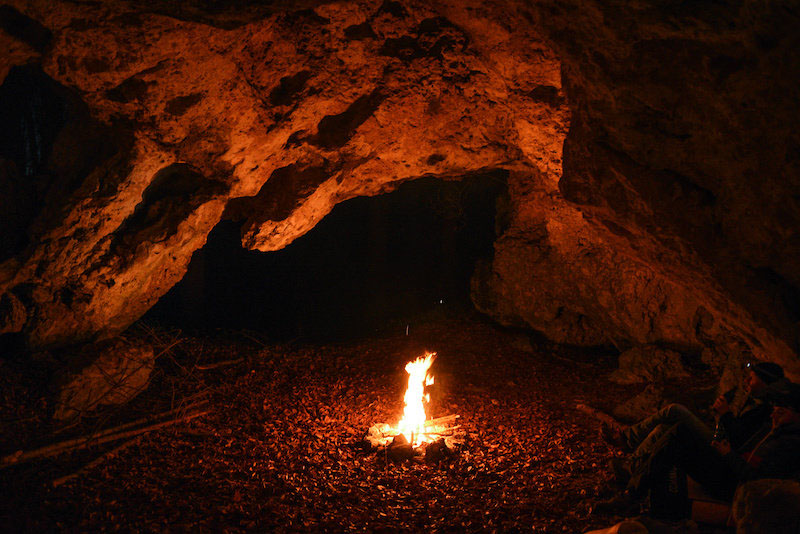 Our early ancestors probably created intricate artwork by firelight, an examination of 50 engraved stones unearthed in France has revealed.

The stones were incised with artistic designs around 15,000 years ago and have patterns of heat damage which suggests they were carved close to the flickering light of a fire, the new study has found.

The study, by researchers at the Universities of York and Durham, looked at the collection of engraved stones, known as plaquettes, which are now held in the British Museum. They are likely to have been made using stone tools by Magdalenian people, an early hunter-gatherer culture dating from between 23,000 and 14,000 years ago.

The researchers identified patterns of pink heat damage around the edges of some of the stones, providing evidence that they had been placed in close proximity to a fire.

Following their discovery, the researchers have experimented with replicating the stones themselves and used 3D models and virtual reality software to recreate the plaquettes as prehistoric artists would have seen them: under fireside light conditions and with the fresh white lines engravers would have made as they first cut into the rock thousands of years ago.

Lead author of the study, Dr Andy Needham from the Department of Archaeology at the University of York and Co-Director of the York Experimental Archaeology Research Centre said: “It has previously been assumed that the heat damage visible on some plaquettes was likely to have been caused by accident, but experiments with replica plaquettes showed the damage was more consistent with being purposefully positioned close to a fire.

“In the modern day, we might think of art as being created on a blank canvas in daylight or with a fixed light source; but we now know that people 15,000 years ago were creating art around a fire at night, with flickering shapes and shadows.”

Working under these conditions would have had a dramatic effect on the way prehistoric people experienced the creation of art, the researchers say. It may have activated an evolutionary capacity designed to protect us from predators called “Pareidolia,” where perception imposes a meaningful interpretation such as the form of an animal, a face or a pattern where there is none.

Dr Needham added: “Creating art by firelight would have been a very visceral experience, activating different parts of the human brain. We know that flickering shadows and light enhance our evolutionary capacity to see forms and faces in inanimate objects and this might help explain why it’s common to see plaquette designs that have used or integrated natural features in the rock to draw animals or artistic forms.”

The Magdalenian era saw a flourishing of early art, from cave art and the decoration of tools and weapons to the engraving of stones and bones.

Co-author of the study, PhD student Izzy Wisher from the Department of Archaeology at the University of Durham, said: “During the Magdalenian period conditions were very cold and the landscape was more exposed. While people were well-adapted to the cold, wearing warm clothing made from animal hides and fur, fire was still really important for keeping warm. Our findings reinforce the theory that the warm glow of the fire would have made it the hub of the community for social gatherings, telling stories and making art.

“At a time when huge amounts of time and effort would have gone into finding food, water and shelter, it’s fascinating to think that people still found the time and capacity to create art. It shows how these activities have formed part of what makes us human for thousands of years and demonstrates the cognitive complexity of prehistoric people.”

Materials provided by University of York. Note: Content may be edited for style and length.

Mushrooms communicate with each other using up to 50 ‘words’, scientist claims