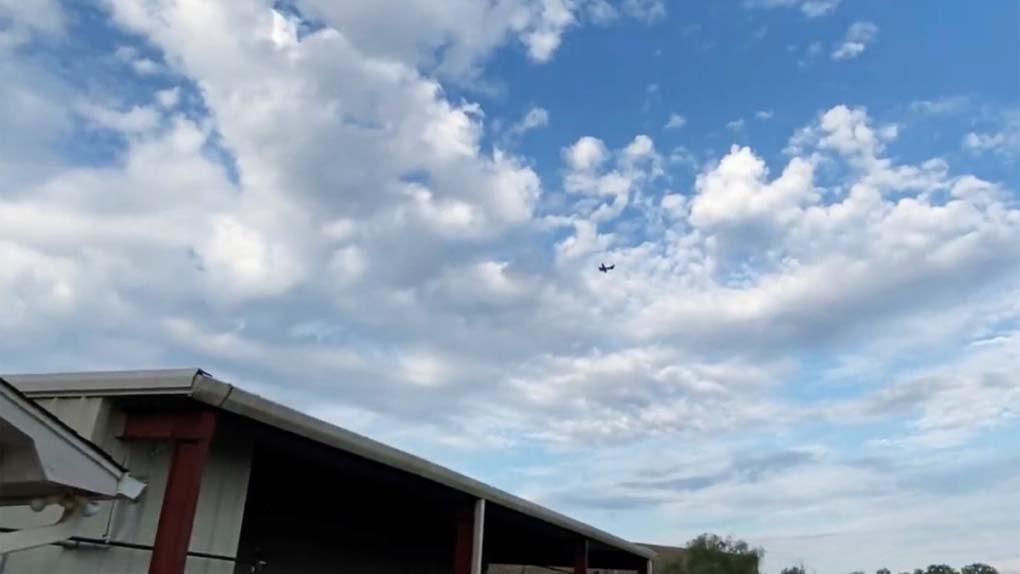 JACKSON, MISS. – An airplane circled over north Mississippi on Saturday morning, causing panic on the ground as the pilot threatened to crash into a Walmart. Hours later, the plane landed safely in a field, and police took the pilot into custody.

Gov. Tate Reeves announced on Twitter shortly after 10:30 a.m. that the “situation has been resolved and that no one was injured.” He thanked law enforcement agencies that helped in bringing the aircraft down.

The Federal Aviation Administration confirmed that the plane landed northwest of Ripley, Mississippi, with only the pilot aboard. Benton County Sheriff Dispatcher Connie Strickland also said the plane landed and the subject was taken into custody.

Ripley is about 85 miles (137 kilometres) southeast of Memphis, Tennessee, and about 45 miles (72 kilometres) northwest of Tupelo, Mississippi, where the flight originated.

The plane started circling over Tupelo at about 5 a.m., the Tupelo Police Department said. Officers evacuated a Walmart and a convenience store in Tupelo because of the pilot threatened to intentionally crash into the Walmart.

The plane flew over Tupelo more than three hours before flying toward more rural areas. People walked outside and looked toward the skies, some of them taking photos or cellphone videos.

Authorities believe the aircraft — a Beechcraft King Air C90A — was stolen and are working to determine whether the pilot who threatened to crash the plane is an employee of a local airport, two people briefed on the matter told The Associated Press. Multiple federal agencies, including the Department of Homeland Security, were involved in the investigation and are working to discern a motive.

An online flight tracking service showed the plane meandering in the sky for several hours and following a looping path.

Leslie Criss, a magazine editor who lives in Tupelo, woke up early and was watching the situation on TV and social media. Several of her friends were outside watching the plane circle overhead.

“I’ve never seen anything like this in this town,” Criss told The Associated Press. “It’s a scary way to wake up on a Saturday morning.”

Former state Rep. Steve Holland, who is a funeral director in Tupelo, said he had received calls from families concerned about the plane.

The airplane drama unfolded as tens of thousands of college football fans were headed to north Mississippi for Saturday football games at the University of Mississippi in Oxford and Mississippi State University in Starkville. Tupelo is between those two cities.

The plane over North MS is down. Thankful the situation has been resolved and that no one was injured. Thank you most of all to local, state, and federal law enforcement who managed this situation with extreme professionalism.

State law enforcement and emergency managers are closely tracking this dangerous situation. All citizens should be on alert and aware of updates from the Tupelo Police Department. https://t.co/hQ8GxcR8s0