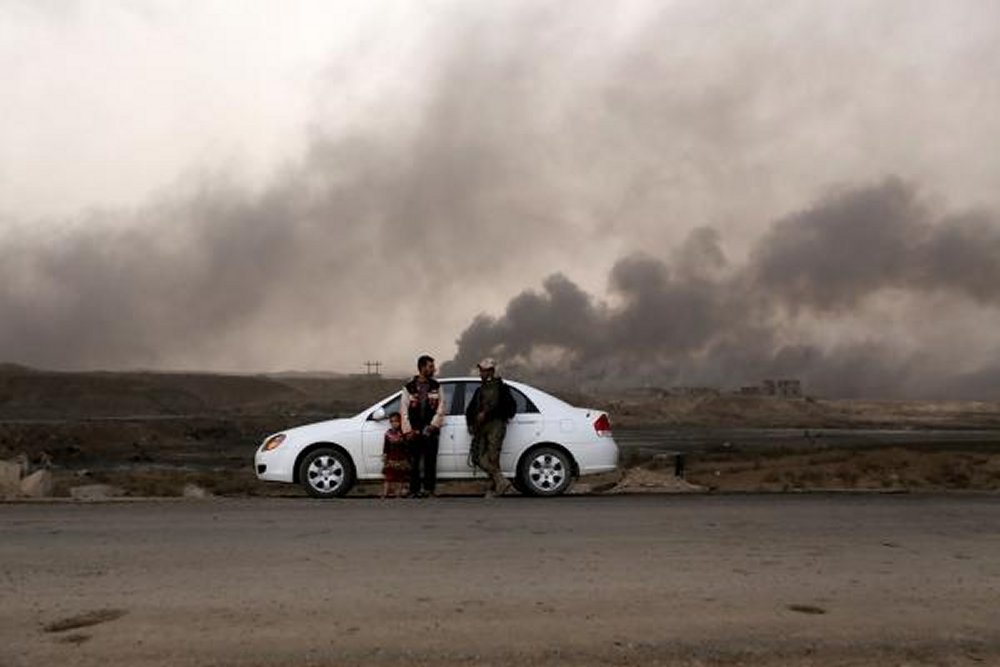 About 20 percent of Mosul has been captured from Islamic State control, while the city’s east has been completely isolated, U.S. military officials said in its latest update on fighting in the stronghold.

Dorrian said he could not estimate when the Islamic State would be cleared from Iraq’s second-largest city, adding that it is “going to take some time … but ultimately the flag of Iraq is going to be raised in the center of the city.”

“The Iraqi forces are working very hard to get this done … but they are up against a fanatical enemy,” Dorrian said.

Iraqi security forces, aided by the Kurdish Peshmerga, Shiite militias and a U.S.-led international coalition, began a ground offensive on Oct. 17 to capture Mosul away from Islamic State control.

“The Iraqi security forces have completely encircled the city,” Dorrian said, adding Islamic State militants “are largely going to be destroyed in place.”

Navy Capt. Jeff Davis, a spokesman for the U.S. Department of Defense, said Iraqi security forces are approaching the city from the east, southeast and the north.

“The third, the northern axis, they’re now … essentially on the doorstep of Mosul city as well,” Davis said, referring to a line of advance. “So you’ll see very soon here there will be three axes that are now inside of Mosul proper.”

Davis said the Islamic State has already “lost many of their best fighters in eastern Mosul.”

Davis said the capture of the Tal Afar airport by Shiite militias was “significant” because the Islamic State in Mosul has been cut off from IS-controlled territory in Syria.

“This essentially means now that Mosul, everything east of this point, is isolated,” Davis said.

Bridges have been targeted to cut off the arrival of new militants from the east and into the west, as well as to stop the arrival of car bombs that were targeting Iraqi security forces in eastern Mosul, Davis said, adding that freeing the city from the Islamic State would take some time.

“We have said all along this was going to be a very hard fight,” Davis said, explaining the slow, methodical approach required in urban warfare. “It’s not going to happen quickly.”