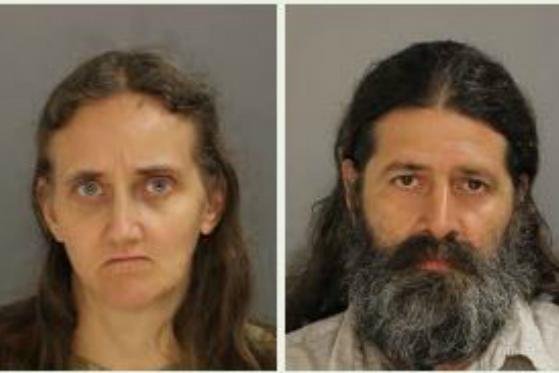 A Pennsylvania judge Thursday sentenced a couple to up to seven years in prison for “gifting” their daughters to a man who then sexually abused the girls.

Daniel Stoltzfus, 44, is eligible for parole after serving three and 1/2 years in prison, and Savilla Stoltzfus, 43, must serve at least three years. Each will be credited for time served.

Finley said he would have given the couple longer sentences if he legally could.

“This goes beyond the aggravated sentencing range,” he said.

The couple gave their six daughters to Lee Kaplan, the owner of the Feasterville, Pa., home in which the family resided. He was convicted of multiple counts of child rape and similar charges for sexually abusing six of the girls and fathering two children with the eldest.

Prosecutors said Kaplan assisted the family and financially supported them as they withdrew from the Amish faith and lifestyle. In return, Kaplan was given several of the Stoltzfus daughters as gifts by the parents. Court testimony indicated Daniel Stoltzfus also offered his wife to Kaplan for sex, hoping that any resulting children would “strengthen” the Stoltzfus bloodline.

A report by the Bucks County district attorney said, “Kaplan is accused of taking the Stoltzfuses’ eldest daughter, 14 at the time, as his wife. He raped her repeatedly over a series of years, causing her to give birth to two children. In entering their pleas, the Stoltzfuses acknowledged that they knew Kaplan was having sex with their eldest daughter while she was a minor.”

Eleven Kaplan or Stoltzfus offspring, all female, were residing in the home owned by Kaplan when police and social workers began an investigation in June 2016.