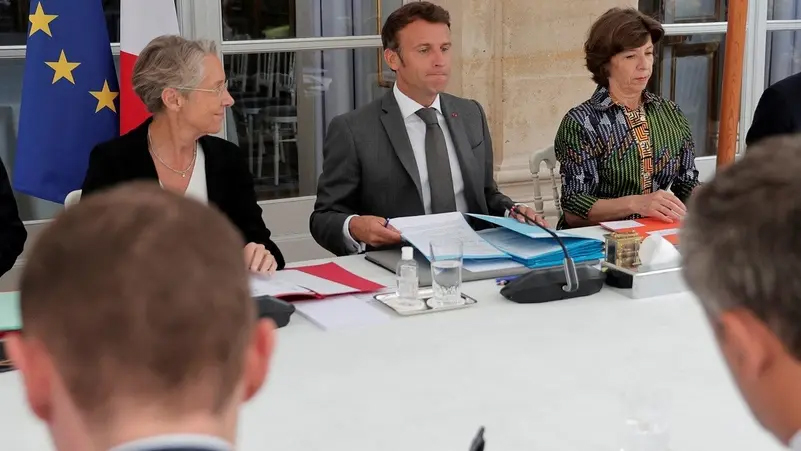 The Paris 2024 Olympic Games are two years away, but concerns over rising costs and the event’s security are already mounting.

The total price tag of the Games has already increased to about 8.3 billion euros ($8.5 billion) including facilities and organization, from an initial budget of 6.8 billion euros announced in 2018, according to the government.

But the final cost is likely to increase further as France boosts the event’s security and faces higher than planned costs for construction and materials.

Following a meeting between Emmanuel Macron and the event organizers on Monday, officials are confident that France will make the event — and its opening ceremony planned along the Seine — safe for spectators.

But the government’s plan to line-up up to 11,000 police agents on the ground each day, and up to 25,000 security agents, to make sure to avoid a re-run of chaos at a football match in May is set to add to the event’s budget which could also be affected by rising inflation.

France is currently grappling with inflation that hit 6.5 percent last month, however the euro zone’s second-biggest economy has fared better than others due to Macron’s efforts to mitigate rising energy costs.

“Initial budgets for the Olympics are rarely sincere, and they overrun systematically,” Jean-Pascal Gayant, an economist specialized in sports, told Bloomberg. He estimates that all recent games have cost more than 10 billion euros, with more funds needed to complete construction works in time.

The organizing committee is seeking to increase resources coming from sponsors which include Orange SA and BNP Paribas, the government official said.

The government expects that state and public authorities will contribute with around 1.7 billion euros, an official in Macron’s office told reporters during a briefing on Monday.

At the moment, there are no plans to increase planned ticket prices, the official added.

Related Topics:EuropeParis 2024 Olympic Games
Up Next