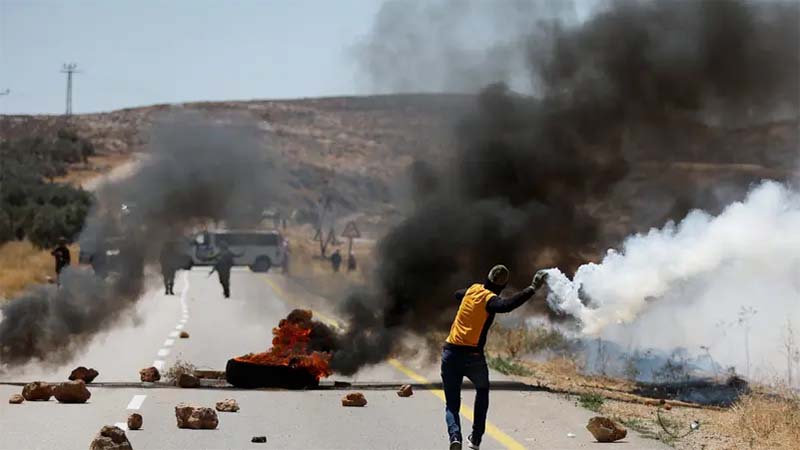 A Palestinian was killed on Thursday after attacking an Israeli soldier in the occupied West Bank, the Israeli army said.

“During IDF (army) routine activity adjacent to the town of Baytin, a suspect attacked a soldier with a hammer, injuring him in the face. The soldier responded with live fire toward the suspect and neutralized him,” an army spokesperson said, adding that he had been killed.

The Palestinian health ministry said it had been informed of “the death of a citizen by the Israeli occupation army’s bullets” near Baytin, close to the West Bank city of Ramallah.

“His identity is still unknown,” the statement added.

Palestinian news agency Wafa reported that six Palestinians had been arrested in overnight raids in Jenin refugee camp, in the north of the West Bank.

The Palestinian Red Crescent said it had treated 12 people for injuries following a separate raid by the Israeli army in Nablus.

Israel has occupied the West Bank since 1967, when it captured the territory from Jordan.