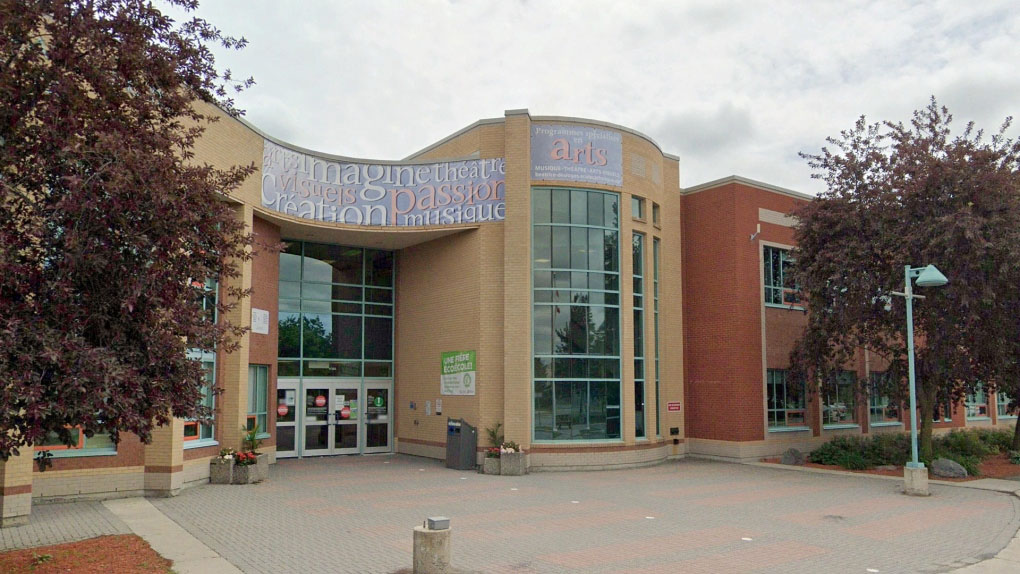 Students at an Ottawa high school are protesting after teachers and staff conducted a dress code “blitz” that students said left them feeling degraded and humiliated.

The blitz at Béatrice-Desloges Catholic High School in Orléans on Thursday provoked immediate outrage among parents and students, who say the actions went too far and seemed to be aimed only at female students.

Sophie Labbée, 18, was one of the students called out of class because of her wardrobe. She said a teacher told her that her shorts were too short.

“She said that they had to be mid-thigh, and made me do this weird test where I bend my knee and she touched my thigh and showed me that that was my mid-thigh and if it was any shorter than that it was inappropriate,” she told CTV News Ottawa.

“I didn’t appreciate that. It made me uncomfortable and it was a little humiliating, because it was in front of other classes too.”

Labbée is 5-foot-10 and said shorts are always a little bit shorter on her. She said she was told to report to the principal’s office, but instead left the school because she’s allowed to as an adult.

“I just don’t appreciate being made uncomfortable about my body just because of the clothes I’m wearing. It felt a little dehumanizing.”

A note from the school’s principal sent to parents Thursday evening said since the Easter break, staff have held meetings with students to remind them of the school’s dress code, including examples of what is accepted and not accepted. They then conducted the blitz on Thursday.

“The blitz exercise was done in all our classrooms, in order to ensure compliance with the dress code,” Marie-Claude Veilleux said in the note to parents in French.

Veilleux said staff had to ask several students to change their clothes, and bring some students out into the hallway to clarify the dress code.

“I would like to point out that the interventions of staff members were made respecting the dignity of the students,” she said. “The school administration recognizes that the strategy used could imply that students were targeted. Far be it from us to want to offend some people, and we are sorry if some students have perceived it that way.”

The French Catholic school board said in a statement that it takes the complaints and allegations in relation to the approach taken to remind students about the school’s dress code “very seriously.”

“The administration is aware that various versions describing the situation are circulating in the community,” the Conseil des écoles catholiques du Centre-Est said in a French statement to CTV News Ottawa.

The board says superintendent of education Jason Dupuis and executive director of human resources Laurie-Eve Bergeron met with several students and staff members at the school Friday morning to discuss the blitz.

“These meetings will shed light on the events so that measures can be put in place to prevent this type of situation from occurring again.”

The CECCE says the board and the school will “continue the dialogue” with the school community to address concerns about the dress code and to “ensure that a positive, healthy and safe learning environment is provided for all students.”

Students demonstrated on Friday by marching between a nearby park and the school, many of them wearing shorts in protest. Students held signs in French reading ‘Why just the girls?’ They have planned an additional walkout next Tuesday.

Parent Stéphanie Lalonde said her Grade 11 daughter wasn’t among those singled out because she was wearing a sweater, but was still shaken by the event.

“I was in shock. It made me think of some sort of 1950s kind of thing,” she said. “It feels like they were targeting the girls. The fact that they were being told to bend over and measured, I don’t have the words to describe. It feels authoritarian.”

Thursday was Ottawa’s hottest day of the year so far, with temperatures reaching 30 C.

“They should be able to dress comfortably for the weather,” Lalonde said. “I’m very proud of the students for standing up against it and organizing themselves.”

The school dress code says that students should come into school in clean, decent and appropriate clothing. Among other things, it says clothes should be without vulgar or offensive words.

It also says pants, skirts or shorts must be “of an appropriate length (mid-thigh) and worn so that my underwear does not show.”

The dress code also says tops should cover the upper body completely and shoulders by an appropriate width.

A school board superintendent said the board received “many emails” on Thursday about the blitz and he would be on site Friday morning to meet with staff and students to investigate.

“Council administration has learned that staff conducted an audit to address some elements of the school’s dress code,” Dupuis wrote in an email to a parent on Thursday. “I take complaints and allegations very seriously and I want to reassure you that I intend to be present at school tomorrow morning to better understand what happened and to check the facts.”